"Now when I look back, and one thing that hits me hard is the visual of the day Abhinav was eliminated!" wrote Rubina Dilaik 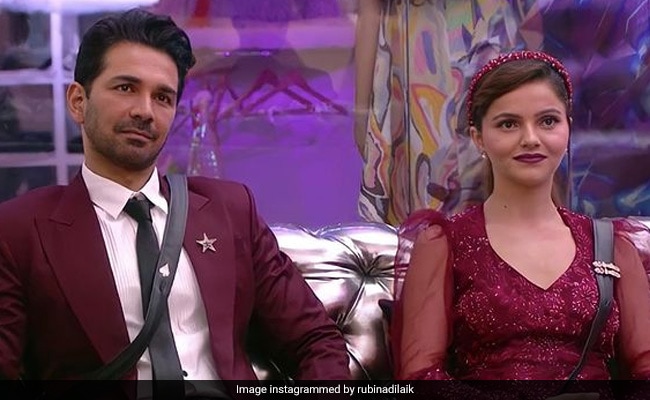 Actress Rubina Dilaik, who won the fourteenth season of reality show Bigg Boss in February this year, occupied a spot on the list of trends on Tuesday after she shared her "biggest regret" on the show. Rubina Dilaik and her husband, actor Abhinav Shukla, participated in the show when it premiered in October. However, few days before the finale, Abhinav Shukla got eliminated from the show. Now on Monday, Rubina Dilaik shared a long post on Instagram stating that she "regrets" not walking out of the house with her husband after his "unfair elimination." She also called out "less competent members" in the house who were behind Abhinav's eviction.

"I have been asked so many times, what was that one thing you regret doing or not doing in Bigg Boss 14 House! Then I didn't have a clarity of thoughts, had mixed emotions and was overwhelmed with so much happening!" Rubina wrote in her post and added: "Now when I look back, and one thing that hits me hard is the visual of the day ABHINAV was eliminated! Fate of his BB14 journey was handed over to bunch of 'less competent' members who were not even in the race, and had clear ULTERIOR motive and I didn't even PROTEST! I was so soaked up in the pain and anguish that I couldn't see it for what it was I wish I had WALKED OUT with him for his UNFAIR elimination (NOT by Bigg Boss) by them who could not justify their own journey and existence on the show."

Sharing the post, the actress wrote: "Had an epiphany! This remains my biggest REGRET!" Reacting to his wife's post, Abhinav Shukla called her a "winner" and said that she "didn't give up" and "finished his battle" in the house. For those who don't remember, Rubina Dilaik and Abhinav Shukla were not on very good terms with Rahul Vaidya, Jan Kumar Sanu and Jasmin Bhasin among others in the house.

On Rubina Dilaik's post, Abhinav commented: "And baby you are a winner because you didn't give up, the kind of pressure, tirade and rebuke you endured without wavering is a victory, you finished my battle!" In another comment, he wrote: "Life is unfair, Big Boss is a great social experiment, whenever you feel its unfair smile and eat an apple... but 2 min silence for those who got spent like a used cartridge emptied all they had and still got voted out (laughing icon)."

Nikki Tamboli, who became a good friend of Rubina and Abhinav in the Bigg Boss house, also commented: "Exactly that day even I can't forget. BTW loved the last line. But anyway babe thik hai jo ho gaya wo ho gaya. Love you."

And here's what Abhinav Shukla and Nikki Tamboli commented: 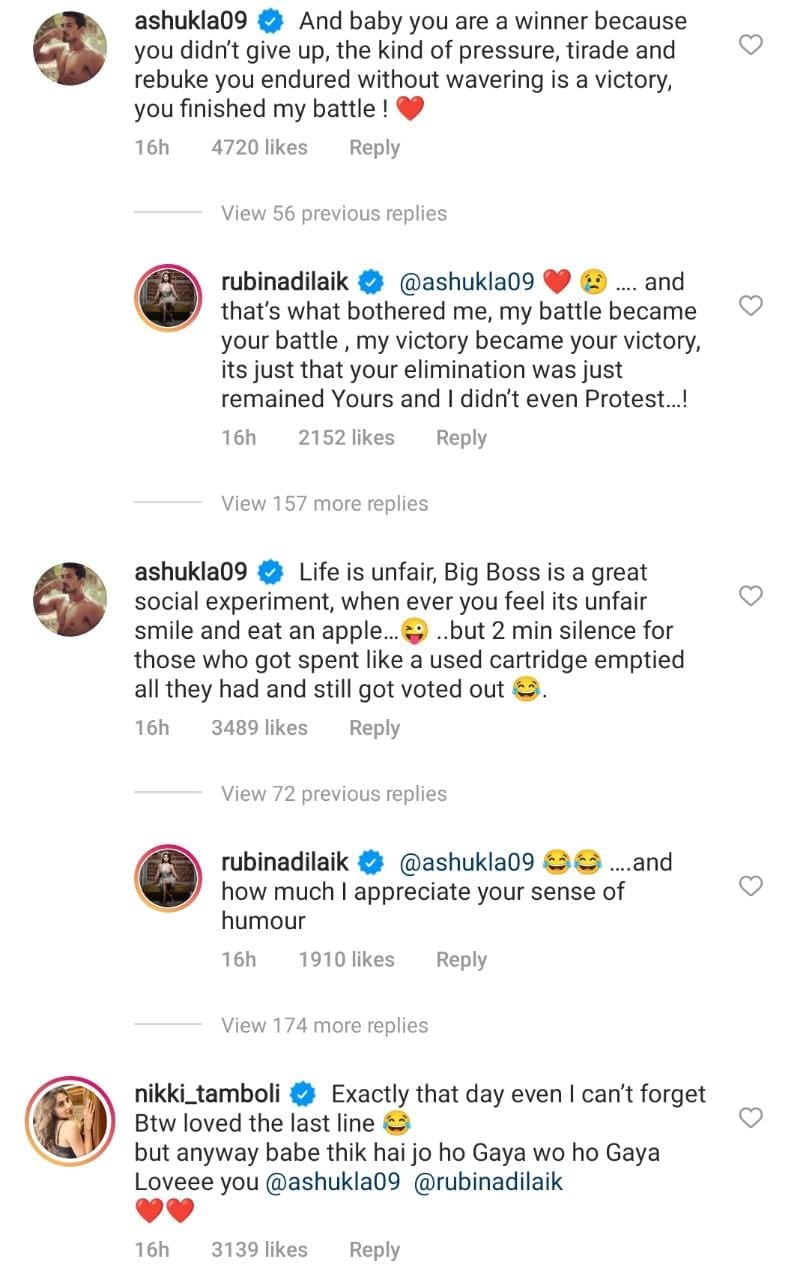