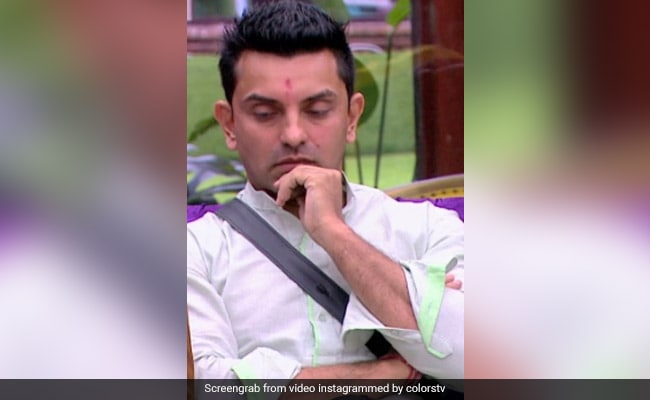 Tonight's episode of Bigg Boss Weekend Ka Vaar was quite special for many reasons. First reason is obvious - Salman Khan's entertaining interaction with the housemates while the second one is the contesants' shocking confessions about each other (even about their close friends). The highlight of the episode was Mahira Sharma and Sidharth Shukla's fight. The episode started with Salman Khan expressing his thoughts out loud and saying that the audience criticize the housemates' behaviour and there's no chance of meeting them this season. He also jokes about Rashami and Devoleena's re-entry in the house and said that his throat is still sore from the thrashing he gave to the contestants last week.

Later, Salman Khan informs the audience about the 'Paap Ki Potli' task that he has given to the housemates. According to the task, the housemates picked two contestants for their misbehaviour - Mahira and Sidharth. The rest of the contestants were asked to vote who they think is the worst among the two. Paras picked Shukla while Aarti picked Mahira. This went on for a while and Mahira got the maximum number of nominations. As always, Hindustani Bhau's opinions left everyone impressed. Nominating Mahira, Hindustani Bhau said that women should not interfere in men's fight during a task.

After the task, Salman Khan interacted with the contestants. He started with Mahira and told her that contrary to her opinion, everyone else in the house think that she misbehaves the most. When Mahira started crying over her fight with Sidharth Shukla, Salman Khan reprimanded her and said: "Yeh nautanki mere samne mat kia karo." He later asked the other housemates who all were hurt during the task. When most of them took Sidharth's name for hurting them, Salman clarified that they all are targeting only Sidharth since their first day in the house. Sidharth also made his point clear and said he did not hurt Mahira intentionally during the task and was only completing the task.

During the show, Salman Khan also made a video call to former contestant Guatam Gulati. Shehnaaz got super excited after seeing him and confessed that she likes him very much and he was her favourite contestant. Gautam gave all the housemates, especially Sidharth and Shehnaaz, several advices and said that they should not take the game to ugly levels as the audience only wants entertainment from them.

Sooraj Pancholi also made an appearance on the show. He danced with Salman Khan to his song Hello Brother. He then recalled the time when Salman Khan gave him his jacket as a gift on his 19th birthday. Sooraj Pancholi promoted his film Satellite Shankar and bid goodbyes to Salman Khan and the audience.

At the end, Salman Khan announced that Tehseen Poonawalla will leave the show tonight. He also informed the audience that there will be a new wild card entry to the house tomorrow. It will be exciting to see who will join the remaining contastants in the Bigg Boss house.