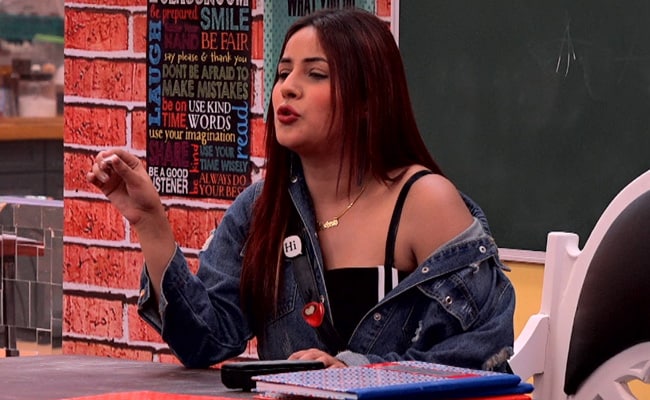 The tonight's episode of Bigg Boss 13 was all about fun. The contestants woke up to the song Khud Ko Kya Samajhti Hai and spent quality time with their group members. In the garden area, Asim and Himanshi were spotted talking to each other. The duo expressed their views that they want to know more about each other. Asim, in the intense conversation, expressed his feeling for Himanshi and assured her that since she is committed to someone, he will always maintain a line of respect with her. He also promised her that he will protect and support her in this Bigg Boss journey.

In the kitchen area, Sidharth Shukla complained about paranthe and said he cannot eat burnt food like this. To this, Paras and Mahira poked him and said he can cook his own food if he has so many problems with the food cooked by Rashami Desai.

Later, in the house, Shefali introduced the new task - BB College. According to the task, the contestants are divided into two teams - Teachers and students. Bigg Boss selected Shehnaaz as the English teacher, Sidharth as the dance teacher, Bhau as the Hindi teacher and Himanshi as the PT teacher. The other housemates were asked to play the students. Teachers were given a scooter each, which they were asked to protect from the students. On the sound of every bell, one teacher has to conduct their lectures while the students have to decide whether to attend or skip it. After every lecture, the teachers were asked to give an apple to their favourite student, whom they want to choose as the contender for captaincy. At the end, the student with the maximum number of apples and the teacher with the cleanest scooter will compete for the captaincy.

Are you excited for the #BB13 College task? RT for English Teacher #ShehnaazGill, Like for Hindi Teacher #HindustaniBhau & Comment for Dance Teacher @sidharth_shukla! @Vivo_India@BeingSalmanKhan#BiggBoss13#BB13pic.twitter.com/8jCfpvPTdS

As the task started, Shehnaaz got the first chance to conduct a class. However, Asim and Shefali left her class and scribbled on her scooter. The task continued till Sidharth was called in the confession room. Bigg Boss asked him to collect Mahira's birthday cake and celebrate her birthday with other contestants. Meanwhile, in another part of the house, Rashami Desai got offended after Asim commented about her relationship with Sidharth Shukla. Asim and Shefali hung out in the locker room and talked about other contestants. The former got into a fight with Shehnaaz after he called her "loser." In the last class, conducted by Himanshi, Paras teased her after which she asked him to leave her class.

Follow this space for more updated on Bigg Boss 13.