Rashami Desai will enter the show at the beginning while Arhaan Khan will join her a few episodes later. 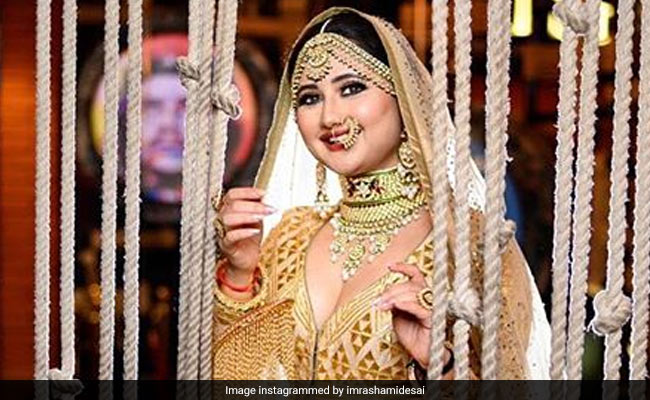 Actress Rashami Desai, who became a household name after starring in television show Uttaran, is reportedly set to participate in the upcoming season of reality show Bigg Boss, hosted by Salman Khan and Bombay Times reports that the actress is also set to marry her actor boyfriend Arhaan Khan on the show. A source told Bombay Times that Rashami will enter the show in the beginning while Arhaan will follow suit after a few episodes. However, both actors remained unavailable for comment. The source also added that one of Rashami's cousins and a friend will be invited on the show for the wedding.

"While Rashami will enter the house in the beginning, Arhaan is expected to join her a few weeks later. Rashami's cousin and a friend are likely to be the witnesses at the wedding. While this is the big plan so far, Arhaan is yet to sign the contract," the source told Bombay Times.

If the reports are true then this will the third wedding on the celebrity reality show after Sara Khan and Ali Merchant (they got divorced a few months after exiting the show) in season 4 and Monalisa and Vikrant Singh Rajput in season 10.

Meanwhile, the upcoming 13th season of Bigg Boss is reportedly the shortest yet, scheduled to wrap-up in four weeks. Salman Khan will return as host again and this time Bigg Boss will only host celebrities (unlike in the previous three seasons, where non-celebs also participated). Bigg Boss 13 is set to air from September 29.

Rashami Desai debuted on television with Raavan in 2006 but her breakthrough show Uttaran aired in 2009. Rashami Desai met Nandish Sandhu during the show and they got married in 2012. However, Rashami and Nandish separated three years later and they are now divorced.

Apart from Uttaran, Rashmi Desai is known for her roles in shows like Dil Se Dil Tak and Ishq Ka Rang Safed.