Bigg Boss 13 Promo: Did Salman Khan Just Reveal It Will Be 4-Weeks Long?

Salman Khan appears to suggest Bigg Boss 13 will reach its finale in a month and that this season could exclusively feature celebrity guests. 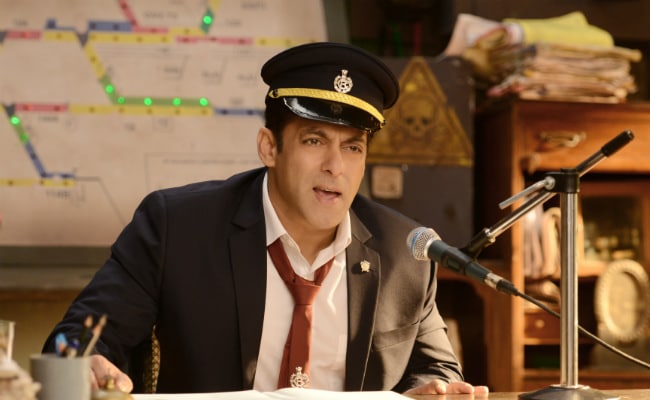 Salman Khan in a still from the Bigg Boss 13 promo

Salman Khan returned as the host for the brand new season of popular television show Bigg Boss in the new promo, released on Saturday. Salman Khan features in the video as a station master, who provides a quick rundown of what to expect from Bigg Boss 13 in his signature humorous manner. Salman Khan, who narrates a riddle of sorts from inside a moving train, as he urges fans to not miss the Bigg Boss 13 express. If we simplify Salman's dialogues, he appears to suggest that Bigg Boss 13 will reach its finale in a month and that this season could exclusively feature celebrity guests. Here's what he says in the Bigg Boss 13 promo: "Iss bar Bigg Boss hoga sitara special. Chaar haafton mein pahunchayegi finale pe tatkal! Uske baad bhi celebrities kurta faad ke banaenge rumaal. Jaldi aaiye warna pachtaaiye."

Take a look at the Bigg Boss 13 promo here:

Get ready to hop on to the #BB13 entertainment express along with @Vivo_India ek dum fatafat! #BiggBoss13 Coming soon! @BeingSalmanKhanpic.twitter.com/7wgmsxqKgt

The last season of Bigg Boss 12 had a mix of popular showbiz faces and non-celebrity contestants. TV star Dipika Kakar won the season. There's been no official announcement about the list of contestants for this season yet but names such as Zareen Khan, Mugdha Godse, Aditya Narayan, Chunky Panday, Rajpal Yadav and Devoleena Bhattacharjee have featured in reports about possible participants. As per some reports, the approached celebrities are demanding hefts amounts as remuneration given the controversial nature of the show.

Earlier this year, news agency IANS reported that Team Bigg Boss 13 will move out of Lonavala for new sets in a new location. With the exception of Season 5, all other seasons of Bigg Boss were shot in Lonavala.