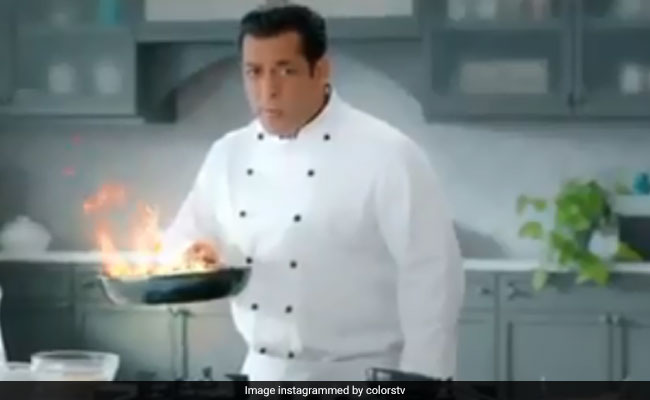 Salman Khan in a still from the video. (Image courtesy: colorstv)

The makers of Bigg Boss 13 have been sharing interesting promo videos. In the first video, Salman narrates a riddle from inside a moving train, as he urges fans to not miss the Bigg Boss 13 express. ICYMI, take a look at the video here:

Get ready to hop on to the #BB13 entertainment express along with @Vivo_India ek dum fatafat! #BiggBoss13 Coming soon! @BeingSalmanKhanpic.twitter.com/7wgmsxqKgt

As of now, no official announcement has been made regarding this year's contestants. However, the names of Zareen Khan, Mugdha Godse, Aditya Narayan, Chunky Panday, Rajpal Yadav and Devoleena Bhattacharjee have surfaced in reports as probable contestants of this season.

According to news agency IANS, Team Bigg Boss 13 will move out of Lonavala for new sets in a new location. Besides season 5, all other seasons of Bigg Boss were shot in Lonavala.