Bigg Boss 13: Remember Shefali Zariwala From The Kaanta Laga Remix? She Could Be Next Wild Card Entry

Bigg Boss 13: Shefali Zariwala is best known for her performance in the song Kaanta Laga 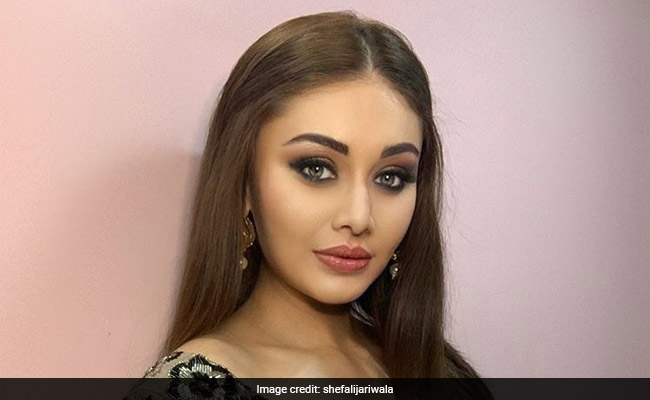 Shefali Zariwala, who is best known for her performance in the song Kaanta Laga, will reportedly enter Salman Khan's show Bigg Boss 13 as a wild card contestants. After Bhojpuri singer Khesari Lal Yadav, social media sensation Vikas Pathak and entrepreneur Tehseen Poonawalla, rumours have it that Shefali Zariwala will be the next wild card entry on the show. Several media publications such as Pinkvilla and Latestly stated in their reports that the "Kaanta Laga girl" will be the new members of the Bigg Boss house. However, no official announcement regarding this has been made till now and neither Shefali Zariwala has confirmed the news.

Shefali Zariwala has featured in several music videos but she became a household name after her 2002 video album Kaanta Laga. Shefali has also appeared in a special role in Salman Khan, Akshay Kumar and Priyanka Chopra's film Mujhse Shaadi Krogi. Other than the aforementioned video album and film, Shefali Zariwala has featured in the remix versions of the songs Kabhi Aar Kabhi Paar and Maal Bhari Aahe, as well as in Meet Bros' music video Pyaar Humaayn Kis Mod Pe Le Aaya. She was last seen in the 2011 Kannada film Hudugaru.