Bigg Boss 13: Salman Khan will reprimand Shefali and Siddharth Dey for their offensive comments against Shehnaz. 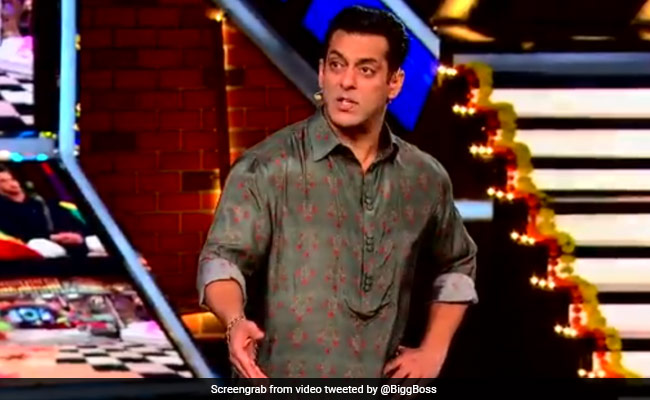 Bigg Boss 13: Salman Khan in a still from the show. (Image courtesy: BiggBoss)

Bigg Boss 13 host Salman Khan is all set to meet the contestants for the Weekend Ka Vaar episode where he will hold up the mirror for Paras Chhabra, Shefali Shah and Siddharth Dey. In the Diwali special episode tonight, Salman Khan will rebuke the contestants over their extremely violent and aggressive behaviour in the last week. In addition, Salman Khan will school Shefali for speaking ill about Shehnaz Kaur while he will slam Siddharth Dey's offensive comments. Earlier this week, during the 'BB Snake and Ladder' task, Siddharth Dey and Shefali passed derogatory remarks about Shehnaz and called her 'characterless' because of which Shehnaz broke down.

Last week in Bigg Boss' house, the celebrities were at their worst behaviour in the words of the omniscient one. Bigg Boss had to intervene several times to break up celebrity fights. The tasks had to be cancelled after the housemates refused to comply by rules and instead tried to get through with aggression.