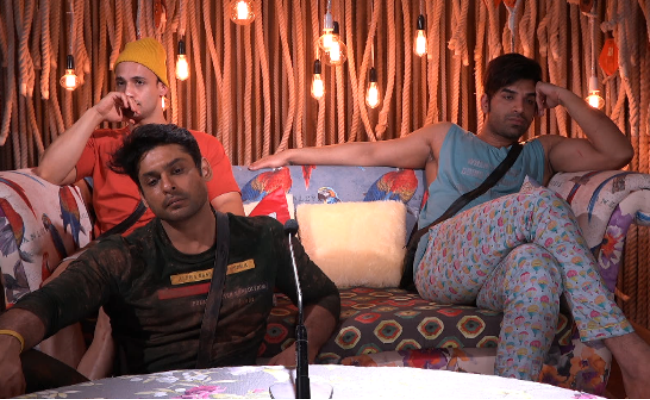 Bigg Boss 13 Friday night episode started with Shefali Bagga banging on the main gate of the house requesting the team to let her out. Siddharth Shukla tried explaining that the crew cannot take this decision and that she should wait for the weekend when Salman Khan will appear on the show. Rashami Desai supported Shefali and said that she is well within her rights to choose her safety over the game show. Inside the house, Siddharth Shukla couldn't find tea and started accusing others of hiding ingredients in the house saying that some people are stooping down to a new low.

Asim Riaz and Paras Chhabra join the discussion over hidden ingredients and matters get out of hand. Asim and Paras accuse each other of stealing things. Asim loses his cool and started throwing things around trying to get to Paras, who was restrained by Rashami, Mahira Sharma and Devoleena Bhattacharjee. Siddharth Shukla tries his best to calm Asim but to no effect. Outside the house, Paras told Mahira and Devoleena that he will not be responsible for what will happen to Asim if he gets close to him again. Inside the house, Devoleena and Siddharth Shukla again get into a fight over hidden ingredients.

Shehnaz Kaur, Arti Singh and Shiddharth Shukla discuss how Devoleena and Mahira injure themselves during the task to pass off as injuries caused by others. Rashami Desai, irritated with Shehnaz and Arti's alleged foul mouth, challenges Shehnaz to speak her mind in the open. Mahira and Shehnaz again get into a verbal fight and accused each other of speaking ill. Devoleena tried her best to calm Mahira while Arti tends to Shehnaz. Bigg Boss intervenes again and asks the contestants to maintain peace. After a while, Rashami and Asim tried to resolve their issues. Earlier, Rashami asked Asim to not to yell at her. She had said that she would support him if he can only keep his temper in check.

Bigg Boss then called Asim, Paras and Siddharth to the confession room. Asim explained his behaviour saying that he will not hear a word against himself while Paras said that he will not accept any act of violence. Bigg Boss told the trio that everyone is to be blamed for the aggressive behaviour and added they should all restrain themselves.

Later, Shehnaz apologised to Shefali for misbehaving with her during the task. Shehnaz ignored her. Paras tried to burry the hatchet with Asim, who refused to comply. Asim said he will continue to provoke him. Paras told Devoleena, Siddhartha Dey and Mahira Sharma that Bigg Boss said that everyone's to be blamed for the aggressive show. Devoleena is not convinced.

Siddharth Shukla also tried to end differences with Rashami saying that despite their differences, they should try and be normal with each other. Rashami told Siddharth that in future instead of believing in hearsay he'll clarify things with her directly. Siddhartha Dey was not happy with the truce.

Late at night, Devoleena can be seen hiding tea in the kitchen. Meanwhile, Arti Singh refuses to share the bed with her BFF (Bed Friends Forever) Shafali after apparently the latter asked her to move out of the bed.

The 27th day begins with All Is Well playing in the house. But Shehnaz picks up the issues from last night. Arti told Shehnaz and Paras that she is done with Rashami and they cannot be friends ever again. 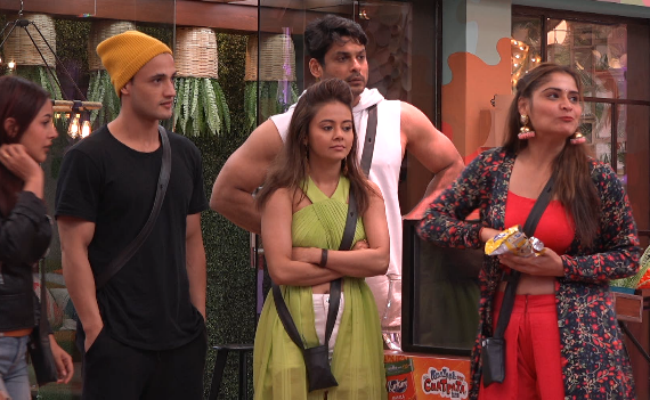 Divided, housemates now fight over utensil washing and other household duties. Siddharth Shukla and Arti Singh accuse Paras for not washing the utensils who counter argues saying they do not keep up with their washroom cleaning duties. Later, Siddharth and Shehnaz and Asim discuss they everyone should stick to the duties assigned instead of rotating them.

Mahira, Shehnaz, Devoleena are still upset with Shehnaz and they discuss that she has no reason to be in the house. Elsewhere, Shehnaz requests audience with Bigg Boss. Shehnaz also taunts Devoleena in humour. Asim, Siddharth and Arti tried to cheer Shehnaz up.

The day ends with a small task, which ends peacefully.

Watch this space for updates on Bigg Boss 13.