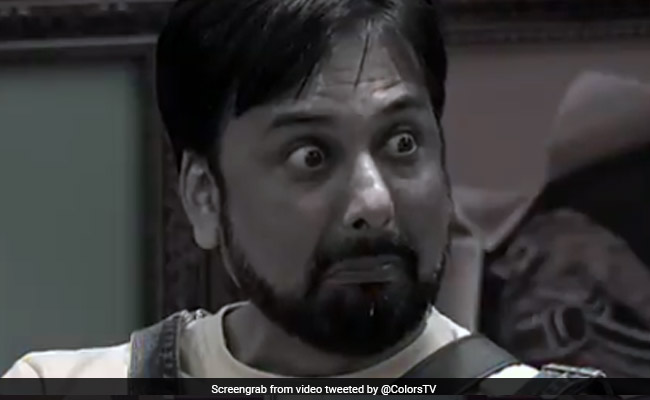 It was Siddharth Dey's last day in the Bigg Boss house as he got eliminated from the show on Tuesday's episode. Bigg Boss surprised the contestants after announcing that surprise elimination will take place in the house. The elimination process usually takes place on the Weekend Ka Vaar but due to Diwali this time, Salman Khan postponed it for a few days. Little did the housemates know that they will face mid-week evictions this time. The Tuesday's episode of Bigg Boss 13 was a mix of entertainment, drama and emotional confessions and the highlight of the episode was former contestant Karishma Tanna, who gave the contestants a chance to win luxury groceries.

The episode started with Shehnaz Gill asking Rashami Desai about her television show Dil Se Dil Tak, in which she co-starred with Siddharth Shukla. Shehnaz asked Rashami if she'll consider becoming friends with Siddharth Shukla again and promised that if she will ever get a chance, she will surely try her best to reconcile them as she finds them "cute." In another part of the house, Siddharth Shukla and Asim discussed Devoleena's accusations against them and said that she;s just paying for passing judgement on everyone. Later, Siddharth Shukla scolded Aarti for revealing the real situation about Asim and Shehnaz's fight to Devoleena.

Around mid-day, Bigg Boss surprised everyone by announcing about mid-week eliminations. Rashami, Paras, Siddharth Shukla, Shefali, Asim, Devoleena and Shehnaz were declared safe. Siddharth Dey, Mahira and Aarti were asked to come to the activity area for the elimination process. They were asked to press their respective buzzers together, after which Aarti was declared safe and called back inside the house. Shehnaz and Siddharth Shukla hugged her. Bigg Boss then declared Mahira safe and evicted Siddharth Dey from the house. Mahira promised Siddharth that she'll meet him outside the house. Rashami and Shefali welcomed Mahira with a warm hug inside the house.

Next morning, the housemates woke up to the sing Kar Gayi Chull. Shehnaaz talks about Sidharth Shukla with Arti and said that he's not sleeping but meditating in the morning. Later, when Paras went to greet Shehnaz, she asked him to leave and said that he only thinks about her when he's not around Mahira. To this, Mahira asked Paras to tell Shehnaz not to mimic her in front of everyone and said that she does not want to fight with Paras. Furious over this, Paras said that he will not talk to her anymore.

Karishma Tanna entered the house and announced the 'Shahi Haar' task. According to the task, two guards will have to protect dictator Karishma's necklace while the rest of the housemates will have to steal it from them. The ones who win the task will be given an access to the BB supermarket for luxury groceries. She chose Siddharth and Rashami as the guards. Aarti and Asim managed to steal the necklace. The housemates had fun with the former Bigg Boss contestant. After a lot of fun activities, Karishma announced Siddharth Shukla and Devoleena as the winners of the task and left the house after giving a piece of advice to everyone. Later on, Devoleena and Siddharth got 10 minutes each to buy 1o items from the BB supermarket. The two of them conduct their shopping in an efficient manner.