"My favourite WWE star following me on Twitter," wrote Himanshi 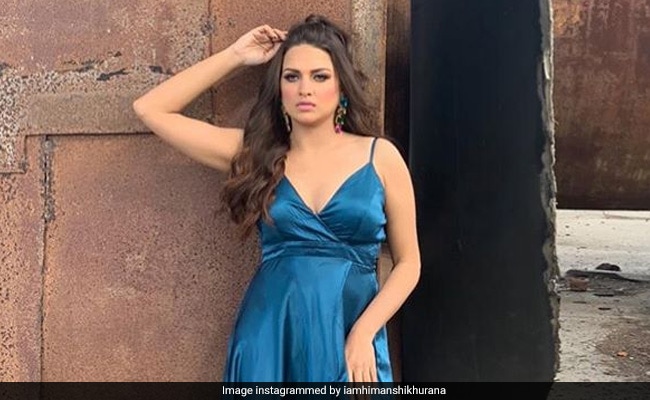 Singer Himanshi Khurana, who was a part of the current season of Bigg Boss can't keep calm. Why, you ask? Well, wrestler John Cena and socialite Paris Hilton started following her on Twitter. On her Instagram profile, a few days ago, an excited Himanshi Khurrana posted a screenshot of John Cena's Twitter bio and she wrote: "This is second time, pehle Paris Hilton or ye mujhe ab pata laga. My favourite WWE star following me on Twitter and Asim (Riaz) ko bhi."

A few days ago, John Cena had shared a picture of Asim on his Instagram profile. No caption needed.

Himanshi Khurana and Asim Riaz met on the show Bigg Boss 13 and they started dating. Himanshi was eliminated from the show a few weeks ago, while Asim is presently a contestant on the show, alongside Aarti Singh, Rashami Desai, Sidharth Shukla, Mahira Sharma, Shehnaz Gill and Paras Chhabra.

During the show Himanshi trended big time for her tussle with Shehnaz Gill, which started even before she entered the Bigg Boss house. It started when Shehnaz criticised Himanshi's single I Like It. Himanshi also alleged that Shehnaz offended her by passing derogatory remarks about her parents, which was the last straw for her. On the other hand, Shehnaaz Gill alleged that Himanshi passed comments about her "character" after she reviewed her song.