Bigg Boss 13: All The Reasons Why Shefali Bagga Is Trending

Shefali Bagga is arguably the first villain on Bigg Boss 13 after her poor show during the first task of the season. 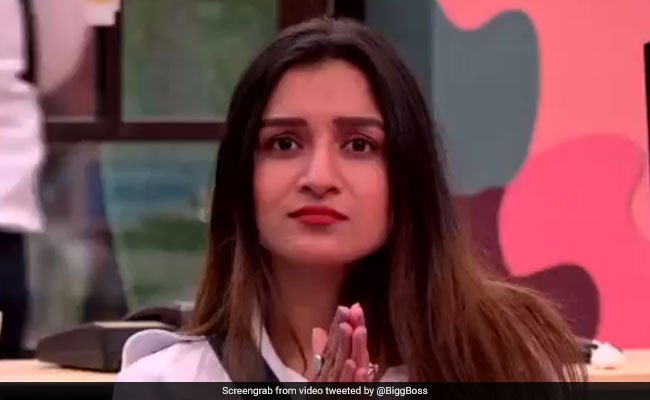 Before the premiere of Bigg Boss 13 on September 29, few people knew Shefali Bagga, as an entertainment journalist. She entered Bigg Boss' house along with a host of popular faces including Dil Se Dil Tak co-stars Rashami Desai and Siddharth Shukla, Saath Nibhaana Saathiya actress Devoleena Bhattacharjee, Kaala Teeka actress Dalljiet Kaur, MTV Splitsvilla alumnus Paras Chabbra and music composer Abu Malik among others. However, four days into the show, Shefali Bagga is arguably the controversial contestant on Big Boss 13 after her distasteful performance in the first task of the new season. After Thursday night's episode, Shefali found herself outnumbered one versus 11 (Punjabi singer Shehnaaz Gill hasn't made up her mind yet) inside the house, after she failed to work as a team member and losing the benefits for the team despite winning the task.

Here's the sequence of events, which made Shefali 'Villain No 1' on Bigg Boss 13:

Personal Attack on Aarti Singh: In the first task of the season, BB Hospital, Shefali and Shehnaaz were picked by Bigg Boss to participate and chose their opponents, whom they would have to force to get up from the wheelchairs by only speaking to them. Shefali, a former journalist, used all the inside information she had on Aarti Singh's divorce to elicit a response from the Waaris actress. Shefali launched a personal attack on Aarti, which was the first time she was brutally criticised on social media.

After the task, Shefali insisted that she did whatever she saw was fit to win the task but not many housemates agreed with her.

Fight With Siddharth Shukla: Before the task began, Shefali addressed Aarti Singh and Siddharth Shukla as 'lovebirds,' which did not go down well with either of them. During the task, when Shefali started talking about Aarti's divorce, Siddharth tried to reason with her to not to make the task personal but to no avail. After the task ended on Thursday, Shefali and Sidharth got into an argument over Shefali's personal attack on Aarti and her comments about his relationship with Aarti. To sum up, the fight got ugly and Shefali 's image suffered again.

Failing Her Team: Shefali's team won the first task of the team and as reward, Bigg Boss offered that one female member of the team may be granted special benefits, including exclusion from daily chores duty. The team had to mutually agree and select one member. Shefali, who nominated herself, did not agree to nominate Devoleena, who was everyone's choice. Bigg Boss explained that the team had to mutually decide and not vote but Shefali didn't budge, after which Bigg Boss revoked the special privileges deal altogether.

Shefali's teammates then expressed their anger and disbelief and labelled her as 'selfish.' The rival team members also joined in and called for a quasi-boycott of Shefali. In the last moments of Thursday's episode, only Shehnaaz Gill partially sided with Shefali.