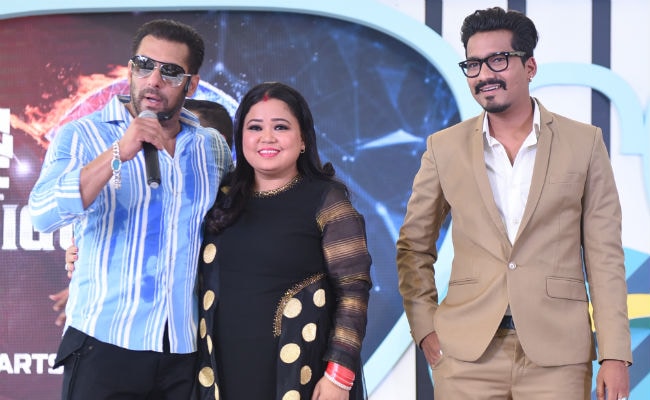 Actor Salman Khan, who is all set to host the upcoming season of Bigg Boss, said that he doesn't have a say in the casting of contestants in the controversial reality show, reports news agency IANS. In the previous seasons of Bigg Boss, actors such as Rajat Rawail, Hazel Keech and Armaan Kohli (all from season 7) and Mahek Chahal (from Season 5) have worked with Salman Khan in films before they appeared on the reality show. "I get a lot of calls but I tell them that I am not part of the casting bit," Salman told media persons at a press conference in Goa to launch Bigg Boss 12, reports IANS.

This year, the makers of Bigg Boss are selecting contestants - both celebrity and non-celebs - in pairs. The first confirmed celeb jodi of this season is comedienne Bharti Singh and her writer husband Haarsh Limbachiyaa. Speaking about the vichitra jodi theme of season 12, Salman Khan said: "There will be interesting jodis. The more interesting people are, the creative team will make sure that the jodis break up. So no matter how much they (contestants) plan or whisper, they have a microphone all the time. Everything can be heard. The cameras are there 24/7 and there are three batches of people who watch everyone," reports IANS.