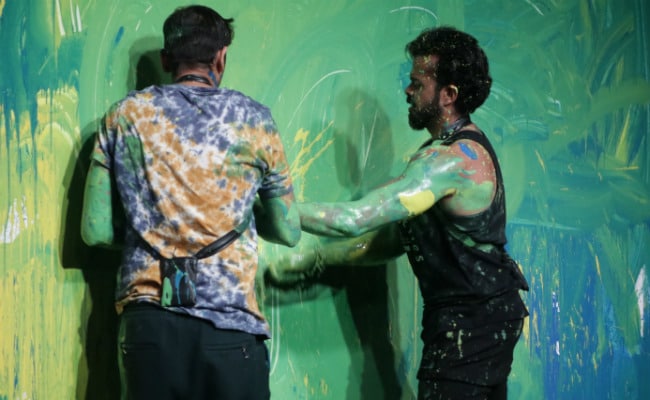 Thursday's episode of Bigg Boss 12 turned out to be a rather interesting one! It was the day, which was to decide the winners of the Luxury Budget Task, which would also have an impact on the Kaal Kothri nominations of Friday. Bigg Boss divided the housemates into two teams - Karanvir Vohra, Romil Chaudhary, Deepak Thakur were part of Team Black while Team Red comprised Sreesanth, Dipika Kakar, Somi Khan and Rohit Suchanti. Surbhi Rana, who appears to get aggressive during tasks, was the sanchalak of the Luxury Budget Task titled: Appy Fizz Grab The Fizz. As part of the task, an apple tree was set up in the activity area with bottles of Appy Fizz hanging from it. The contestants had to fill a box assigned to each team with the bottles after winning challenges during the task.

The task was divided in three parts - the question answer round was won by Team Red with Dipika Kakar representing the team. During the task, both Dipika and Deepak, each representing two teams, had to answer hard-hitting questions with Surbhi deciding the winning answers. Dipika had a war of words with each of Karanvir and Deepak after naming Karanvir as an inefficient captain and Deepak as fake. Deepak in turn accused Dipika Kakar of being fake.

Next was the water-gun round, which was won by Team Red while the Paint The Wall task was won by Team Black. Eventually, Surbhi announced Team Red as the winner of the task, who were congratulated by Bigg Boss and treated to pizza! Meanwhile in the upcoming section, it was revealed that Sreesanth will be given a special power to nominate during the Kaal Kothri task. Sreesanth will be nominating Romil Chaudhary and Surbhi Rana for Kaal Kothri on Friday.

Want to know what happens next? Watch this space for more updates on Bigg Boss 12.