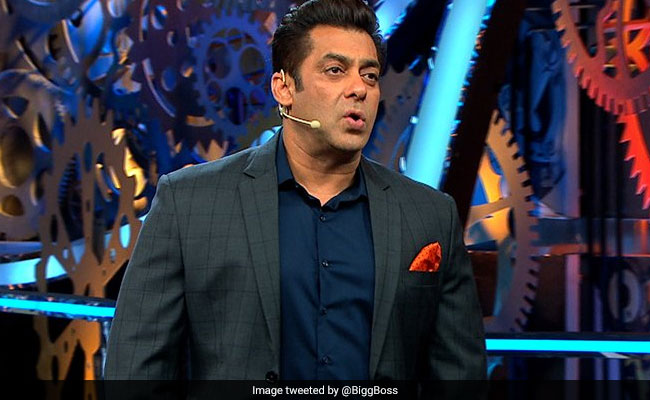 New Delhi: Saturday's Weekend Ka Vaar with Salman Khan was full of fun, drama, entertainment and of course Salman ka vaar. With a grand entry on the stage, Salman met the contestants of the house through Jio TV. At the beginning of the episode, Salman reminded the housemates about the nominated contestants of this week - Hina Khan, Sapna Choudhary, Shilpa Shinde and Priyank Sharma. Later, the gharwale had to choose the villain of the house. Puneesh Sharma with five votes and Priyank with three votes were called in the witness box. Though Sapna accused Puneesh of calling her shows as 'massy,' Salman clarified it and also said that Puneesh was not at fault.

Next up was Priyank. Priyank body-shaming Shilpa Shinde and Arshi Khan has not pleased anyone. The Internet is furious with Priyank's comments and so was Bigg Boss 11 host Salman Khan. In last night's episode Salman rebuked Priyank for insulting Shilpa and calling her fat and incapable of being the captain of the house. Salman quoted Priyank as saying: "Shilpa aur Arshi khaa khaa ke 70 kilo ke ho gaye hai, ye kaha bhaag sakte hai."

Salman made Priyank realise with a personal example that to become a captain, a contestant need not be 'fit' and he/she should rather have a "good mind and good heart." Since, Priyank had commented about Shilpa and Arshi in private (in front of Hina and Luv Tyagi), both the women got to know about his words and were shocked. Salman Khan also questioned Hina (to whom Priyank said the words) for not snubbing Priyank's comments.

Hina as always didn't understand and kept on arguing.

Later, Salman asked Akash Dadlani, who was much angry and upset with ex-friend Puneesh, to be in the Sultani akhaadi. Akash's actions in the akhada left Salman disappointed. Akash didn't show any interest in the game and lost from Puneesh easily. This infuriated Salman, who left the show, without his closing statement.

Promoted
Listen to the latest songs, only on JioSaavn.com
Do you think Salman will return in his puraana avatar in today's Weekend Ka Vaar episode?

For more updates, keep reading this space on Bigg Boss 11.