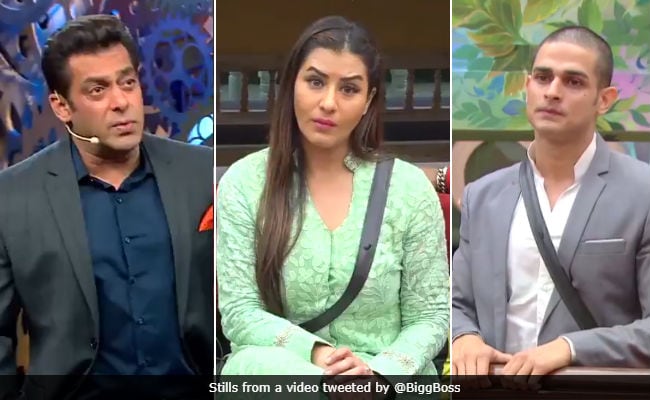 New Delhi: Priyank Sharma body-shaming co-contestant Shilpa Shinde and Arshi Khan has not pleased anyone. The Internet is furious with Priyank's comments and so is Bigg Boss 11 host Salman Khan. In tonight's episode (which is also the first part of the Weekend Ka Vaar, Salman Khan will rebuke Priyank for insulting Shilpa Shinde. Last week, Arshi and Shilpa were both contenders in the captaincy task. At that time Priyank told HIna that neither of them is fit to become the captain because they are "heavy" and cannot "run around to get the work done."

In tonight's episode, Salman Khan will make Priyank realize with a personal example that to become a captain, a contestant need not be 'fit' and he/she should rather have a "good mind and heart." Since, Priyank had commented about Shilpa and Arshi in private, today both the women will get to know about his words. Salman Khan will also question Hina Khan (to whom Priyank said the words) for not snubbing Priyank's comments.

Yesterday, Hiten Tejwani was elected the new house captain. Puneesh's decision of eliminating Akash from the captaincy task made him extremely angry. For most the part of last night's episode, Akash was seen yelling at every housemate and he announced that he's done with the game and he won't adhere to house rules henceforth.

Promoted
Listen to the latest songs, only on JioSaavn.com
In tonight's episode, Salman Khan will have Akash and Puneesh face-off at the akhada but Akash refuses to participate.