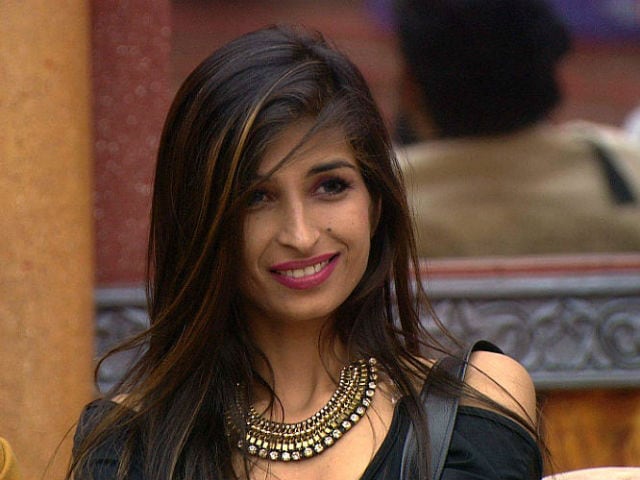 New Delhi: Bigg Boss 10 Weekend Ka Vaar was every fan's delight. The show was high on comedy, emotions and magic, quite literally. After actor Sahil Anand's eviction on Saturday, it was tough to guess who would be shown the door next. So when Priyanka Jagga's was asked to leave on December 11, other contestants- VJ Bani, Gaurav Chopra, Lopamudra Raut, Rohan Mehra, Rahul Dev, Monalisa, Manveer Gurjar, Nitibha Kaul, Swami Om were shocked. The self-proclaimed godman Swami Om cried his heart out and pleaded Bigg Boss to bring Priyanka back while others were amused to see Swami Om's over reaction.

But little did everyone know that Priyanka was escorted to a secret room.

Bigg Boss 10 Weekend Ka Vaar on Sunday started on a comical note. Stars from Comedy Nights Bachao Krushna Abhishek and Bharti Singh entertained the audience and show's host Salman Khan as well, who was in splits.

Salman then connected with the contestants in house and called Swami Om to sit on the slapping chair. Needless to say, all the controversial statements and actions by Swami Om got a unanimous thumbs down from the contestants and Swami Om was slapped every time. Next to sit on the slapping chair was Bani who was questioned on her 'fake' friendship with Priyanka, being rude with other inmates and being selfish. Bani is followed by Lopa who was termed as an aggressive game player who showed lack of maturity and picking up fights other house mates. After the slapping chair game, Krushna and Bharti rentered the Bigg Boss stage along with comedian Sudesh Lahiri and Aditi Bhatia. Krushna was dressed like Swami Om, Bharti as Bigg Boss' eye, Sudesh as Monalisa and Aditi as Bani. Krushna did a hilarious impersonation of Swami Om much to the amusement of everyone inside and outside the house.

Promoted
Listen to the latest songs, only on JioSaavn.com
The next segment saw actress Rohan's Yeh Rishta Kya Kehlata Hai co-star Hina Khan and Bani's friends Nitin and Sheetal on stage. Hina said that she was happy with Rohan's game so far but also suggested that it was time for him to play more aggressively. Nitin and Sheetal, on the other hand, defended Bani when she was called self-centered, emotional and aggressive. Salman then called for comedian Mubeen Saudagar and Anita Hassanandani for their gig. Mobeen gives his funny take on Swami Om and Lopa's argument tickling the audience while Amita plays a channel head.

Next on the show, came Israeli mentalist Aamir Lustig who vowed everyone with his tricks and magic. Salman asked Aamir to enter the Bigg Boss house to entertain the contestants. Aamir showed his amazing magic tricks which left everyone in awe. The best was when he hypnotized Bani to think that she was a tree and nothing could break her. She was laid on two chairs and Manveer stood on her torso. Bani was in trance and felt nothing while everyone else gasped. In Aamir's last trick, he asked everyone was asked to pick a card which had a particular alphabet printed on it. Everyone was then asked to pin their alphabet on soft board which made Priyanka's name and she was asked to leave.