The Big Bang Theory actor Jim Parsons and Todd Spiewak, who is a graphic designer, have been dating for 15 years 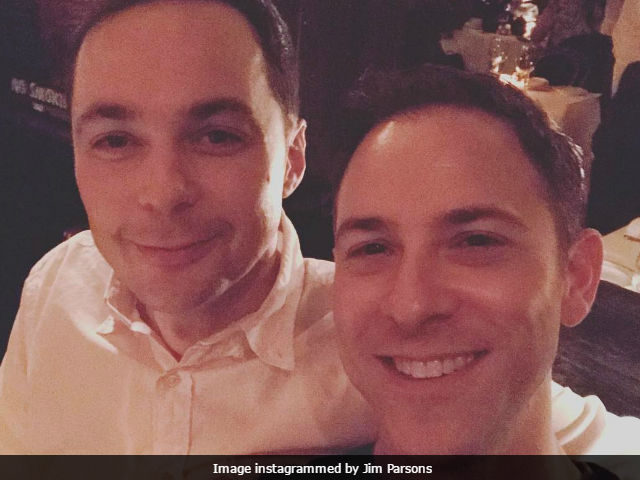 New Delhi: Actor Jim Parsons, who plays the role of Sheldon Cooper in hit television series The Big Bang Theory, married his longtime boyfriend, Todd Spiewak over the weekend. Jim and Todd, who is a graphic designer, have been dating for 14 years. Jim Parsons and Todd Spiewak got married in a private ceremony at New York's Rainbow Room, Jim's representative confirmed to The Hollywood Reporter. Last year, while celebrating their 14th anniversary, Jim Parsons said that Todd Spiewak was "the best thing that ever happened to me, no contest." In 2010, The New York Times wrote in Jim Parsons' profile that he is "gay and in a 10-year relationship." In 2014 he told Ellen DeGeneres he was in no rush to tie the knot, reports Page Six.

I met this guy (the one with the mic) 14 years ago today and it was the best thing that ever happened to me, no contest. One of his greatest gifts to me is that he no longer takes me to sing karaoke. Also, I believe this was a selfie with an actual camera, as our phones couldn't do that back then hahaha! #todd #anniversary

Promoted
Listen to the latest songs, only on JioSaavn.com
Jim Parsons worked in off-Broadway productions and featured in small roles in in several television shows before he got the lead role in The Big Bang Theory. In his first Hollywood film, Happy End, he played the role of a casting director. Jim Parsons' first full-fledged role was in 2004 film Garden State. He was last seen in Hidden Figures starring Taraji P. Henson, Octavia Spencer and Janelle Monae.

Apart from The Big Bang Theory, Jim parsons appeared in shows like Family Guy (as Sheldon Cooper), Who Do You Think You Are? and Saturday Night Live.Jim Parsons also started in television film The Normal Heart.