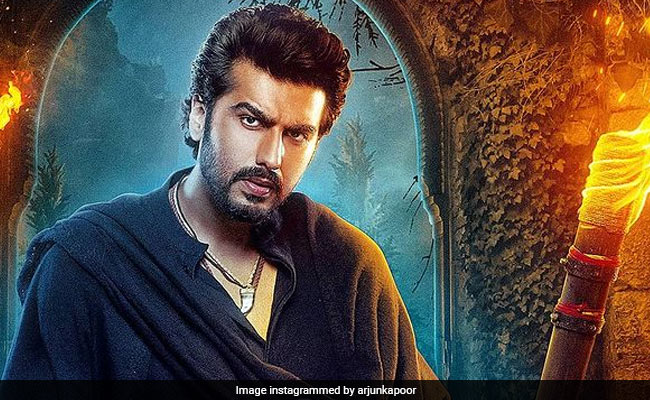 Actor Arjun Kapoor, on Monday, dropped the first look poster of his character Chiraunji from the horror-comedy Bhoot Police. The poster that Arjun Kapoor shared on Instagram features him in an all-black look. He can be seen wearing black kurta pyjama and a matching shawl over it. Arjun can be seen holding a torch in his hand, while the background of the poster remains dark and spooky. In the caption of the post, Arjun introduced us to his character of a funny ghostbuster that he is playing in Bhoot Police. "Unravel the mysterious door of supernatural powers with laughter! Meet CHIRAUNJI in #BhootPolice. Coming soon on Disney+ Hoststar," Arjun Kapoor wrote in the caption of the post.

Earlier in the day, the first look poster of actor Saif Ali Khan's character Vibhooti was dropped on Instagram. Saif Ali Khan's wife, actress Kareena Kapoor, shared the poster and introduced Saif's character of ghostbuster Vibhooti. "Don't fear the paranormal and feel 'Saif' with VIBHOOTI. #BhootPolice coming soon on Disney + Hotstar," she wrote in the caption of the post.

Although the film was earlier scheduled to open in theatres, it will now release on OTT platform Disney + Hotstar. The release date is yet to be announced by the makers of the movie.