Bhoot Police: The film, which was earlier scheduled to open in theatres, will now premiere on Disney + Hotstar 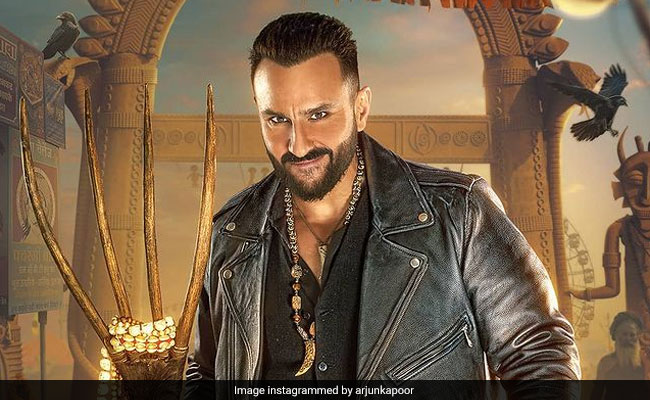 It's finally here! Saif Ali Khan's wife and actress Kareena Kapoor dropped the actor's first look as ghostbuster Vibhooti in her upcoming horror comedy Bhoot Police on Monday and immediately sent the Internet into a tizzy. Saif Ali Khan co-stars with Arjun Kapoor, Yami Gautam and Jacqueline Fernandez in this spooky film. Sharing the first look poster of Saif Ali Khan from the film, Kareena captioned it in a really quirky way. "Don't fear the paranormal and feel 'Saif' with VIBHOOTI. #BhootPolice coming soon on Disney + Hotstar." The poster features Saif sporting an all-black outfit and smirking towards the camera. His look as a ghostbuster is on point.

Bhoot Police, which was earlier scheduled to open in theatres in September this year, will now premiere on Disney + Hotstar. The new release date has not been announced yet.