Bhool Bhulaiyaa 2 Motion Poster: Kartik Aaryan Crosses Over To The Dark Side. Is It Halloween Already?

Bhool Bhulaiyaa 2 Motion Poster: It begins with the glimpse of a silhouetted figure, which eventually turns out to be Kartik Aaryan 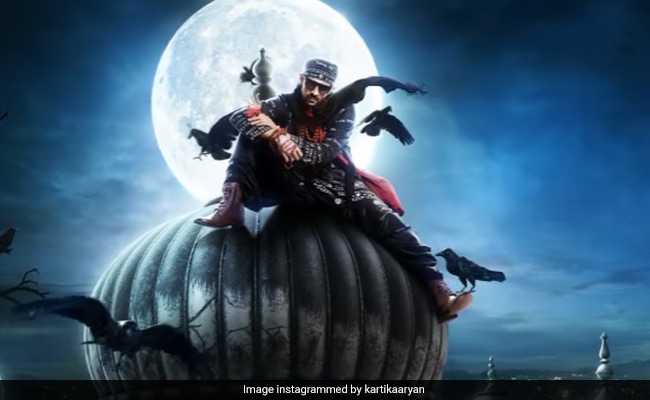 Kartik Aaryan just dropped his brand new look from Bhool Bhulaiyaa 2 in the form of a motion poster. Well, Kartik Aaryan wanted to make a big announcement, one about the film's release date - Bhool Bhulaiyaa 2 strayed away from the OTT route and has opted for a theatrical release on March 24 next year. Excited? We are very much. In the motion poster, Kartik Aaryan's avatar matches that of Akshay Kumar from the first Bhool Bhulaiyaa movie - we are talking about the particular scene when Akshay Kumar arrives at his friend Shiney Ahuja's haveli, dressed like a sadhu.

The Bhool Bhulaiyaa 2 motion poster begins with the glimpse of a silhouetted figure, which eventually turns out to be Kartik Aaryan. It's filled with all elements that qualify as spooky - crows and full moon and a play of light and shadow. The motion poster is set to the theme music of Bhool Bhulaiyaa, heightening the intrigue of it all. Here, take a look:

Bhool Bhulaiyaa 2 was initially expected to release in July but has been postponed because of the pandemic. The release date announcement arrives just days after Maharashtra Chief Minister Uddhav Thackeray's statement that all cinema halls in Maharashtra will be allowed to open after October 22.

The first look poster of Bhool Bhulaiyaa 2 was released in 2019, when Kartik Aaryan was described as Akshay Kumar's "doppelganger" - rightfully so.