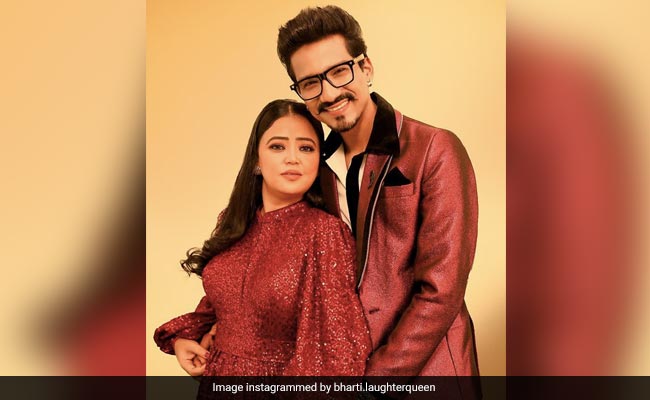 Congratulations, Bharti Singh and Haarsh Limbachiyaa. The couple announced their pregnancy in an Instagram post on Friday night. Bharti Singh, who married Haarsh Limbachiyaa in a big fat Punjabi wedding in Goa in December 2017, shared a video titled 'Hum Maa Banne Wale Hai' on her Instagram profile as well as her and Haarsh's new YouTube channel and wrote: "Yeh tha hamara sabse bada surprise (this was our biggest surprise)." In the video, Bharti Singh can be seen taking a pregnancy test on-camera and gasping in excitement after seeing the positive test result.

Bharti Singh and Haarsh Limbachiyaa are expecting their first child in April or early May, the comedian confirmed in an interview with ETimes.

Bharti and Haarsh Limbachiyaa have worked together on several reality shows. They participated in Nach Baliye 8 and currently host The Indian Game Show together. Bharti has hosted and participated in TV shows like Comedy Circus, Comedy Nights Bachao and Jhalak Dikhhla Jaa.