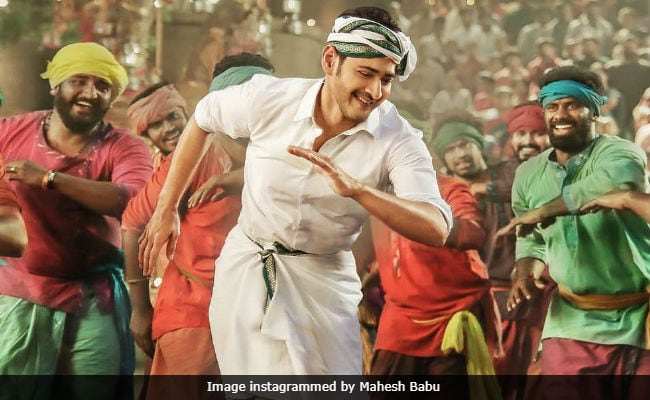 New Delhi: Mahesh Babu's Bharat Ane Nenu, which released on Friday is reportedly the fastest film to make Rs 100 crore in 2018. According to trade analyst Ramesh Bala, the Koratala Siva-directed film has earned 74 crore from the domestic market and Rs 26 crore from the international circuits in two days. Mahesh Babu released Bharat Ane Nenu on his mother's birthday. Fans of the Telugu superstar have been celebrating Bharat Ane Nenu's box office success with several hashtags for the film. On Facebook, Mahesh Babu thanked his fans and wrote: "Thank you everyone for all the love for Bharat Ane Nenu. He also thanked his team and wrote in another post: "Feeling blessed... Glad I fulfilled the promise of making all of you proud. Thank you Siva Koratala sir for Bharat Ane Nenu. The success of the film is a victory for all of us and for good cinema above all. Congratulations to my entire team."

In Bharat Ane Nenu, Mahesh Babu plays the role of Andhra Pradesh's chief minister, who takes charge of the state to fight for the rights of his people. According to trade analyst Taran Adarsh, Bharat Ane Nenu may become this year's second highest Indian opener in Australia after "Padmaavat." He tweeted: "Telugu films are creating ripples in Australia. Australia was always dominated by well-made Hindi and Punjabi films, but two Telugu films - Rangasthalam and Bharat Ane Nenu - have emerged game changers."

Now this is BIGGG NEWS... And a TERRIFIC SURPRISE... Telugu films are creating ripples in AUSTRALIA... Australia was always dominated by *well-made* Hindi and Punjabi films, but two Telugu films - #Rangasthalam and #BharatAneNenu - have emerged GAME CHANGERS [non-#Baahubali]...