Beware. Akshay Kumar Has a Power Wala Danda in Gabbar Is Back 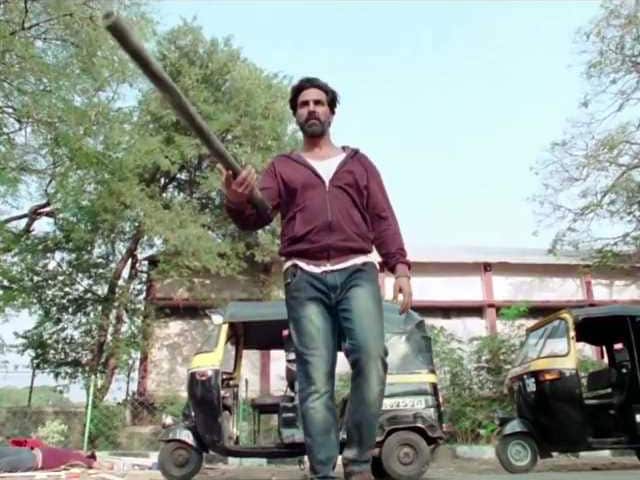 Akshay in a still from Gabbar Is Back

In the first trailer of his new film Gabbar Is Back, Akshay Kumar intones a dialogue made famous by the villain of Sholay, "Tera kya hoga Kalia?"

However, this Gabbar is not that Gabbar, as Akshay has explained at length. In this film, Akshay is 'kaam sey hero, naam sey villain' - a modern day Robin Hood who fights for the downtrodden, the displaced and the disenfranchised.

Akshay's Gabbar, who employs a 'PWD or Power Wala Danda' when nothing else works, also bears similarities with Amitabh Bachchan's Angry Young Man

A rebel with a cause, who outwits police and villains alike, Gabbar's ability to inspire crowds and kick up mass frenzy also reminds us of Ajay Devgn's Singham.

The trailer also has its light moments as Akshay engages actress Shruti Haasan, who plays his love interest, in banter.

Promoted
Listen to the latest songs, only on JioSaavn.com
Directed by southern director Krish and produced by Sanjay Leela Bhansali and Viacom 18 Motion Pictures, Gabbar Is Back will hit the screens on May 1.