Shweta Bachchan And Brother Abhishek Had The "Best Times" In 1996. See Throwback 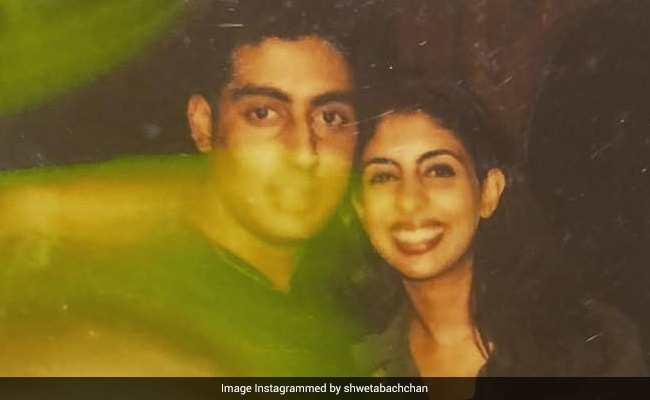 A throwback of Shweta and Abhishek Bachchan. (courtesy: shwetabachchan)

Shweta Bachchan loves to go down the nostalgic route and pull out some treasures in the form of memories. Today, she shared a snap with her brother, actor Abhishek Bachchan. Wondering what makes it stand out? It was clicked back in 1996 during their getaway in Boston. We have a little bit more detail about the picture, credit goes to her caption. Alongside the photo, which featured the brother-sister duo smiling, Shweta wrote, “Boston -M 80, 1996.” Describing the club and the fun they had, she further added that it was the “hottest club, the smoothest grooves, the best times.”

While filmmaker Mozez Singh agreed with Shweta Bachchan, Designer Vikram Phadnis came up with a question. “When can we witness those moves?” he wrote.

A few weeks ago, Shweta Bachchan shared a super adorable throwback picture from her childhood days, featuring her father, veteran actor Amitabh Bachchan. Here, she is sitting on her father's lap at a social gathering. Shweta looks cute as a cupcake in a frock. We can also spot her grandfather, poet Harivansh Rai Bachchan in the frame. Posting the picture, Shweta wrote, “Standing on the shoulders of giants.” Like every brother, Abhishek Bachchan didn't hold back from dropping a humorous comment.  Taking a dig at the caption and the image, the actor wrote, “But you are sitting. Ok bye”.

Remember when Shweta Bachchan wished her mother, veteran actress Jaya Bachchan on her birthday with a tressure-worthy snap and a cute caption. Sharing an image of the birthday girl's NCC days, Shweta wrote, “Mother, may you always smile like you've made the best NCC cadet or like you have a huge plate of crabs to devour.”

What do you have to say about the pictures?