Beard Or No Beard? Kartik Aaryan Polls His Instafam With Throwback Pic 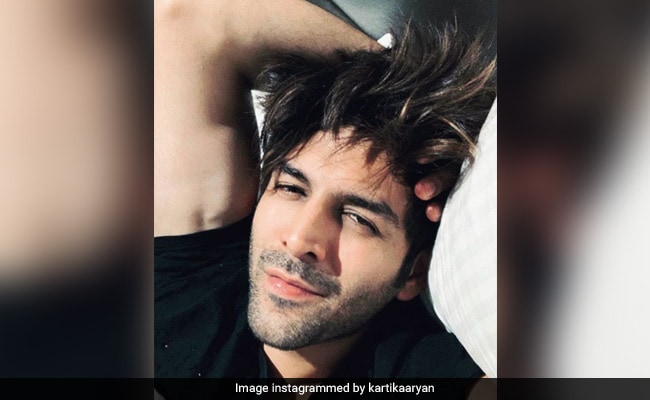 Kartik Aaryan, in coronavirus lockdown, has been happily growing his beard - at least his Instagram pictures say so. The Pati Patni Aur Woh actor, who never fails to keep his Instafam amused, dropped another picture of himself on his Instagram profile and it features a throwback. Kartik Aaryan, who seems to be missing his non-bearded look from the past, shared the picture and wrote, "Phir se sexy dikhne ka mann kar raha hai. Daadhi nikaal dun (Feel like looking sexy all over again. Should I remove my beard)?" In the picture, Kartik can be seen dressed in a black t-shirt as he poses for the camera. Take a look:

Within minutes of posting, the picture was flooded with comments from his fans - the clear winner being a "No." Seems like his Instafam like his bearded look more.

Take a look at his bearded look, featuring Kartik as "Sasta bunny" (his words):

Beside his beard, Kartik's hair deserves equal attention. The 29-year-old actor, in coronavirus lockdown, is missing the wind in the hair.

Kartik Aaryan has come up with a new series Koki Poochega where he has been asking questions to the frontliners who are combating the coronavirus outbreak in the country. The first episode of his series featured Sumiti Singh, one of the first survivors of coronavirus, where he had a fun banter with Sumiti. Take a look:

On the work front, Kartik was last seen in Imtiaz Ali's romantic drama Love Aaj Kal where he shared screen space with Sara Ali Khan. Kartik shot to fame with his monologue in the 2011 film Pyar Ka Punchnama, with which he made his Bollywood debut. He has also starred in films such as Sonu Ke Titu Ki Sweety, Luka Chuppi, Kaanchi: The Unbreakable and Guest Iin London among others.