After Kartik Aaryan's Show On Coronavirus, Why Ekta Kapoor Is Relieved He's Not A Producer

"Thank god you are not a producer. You make better episodes than me. First one fab," Ekta Kapoor commented on Kartik's post 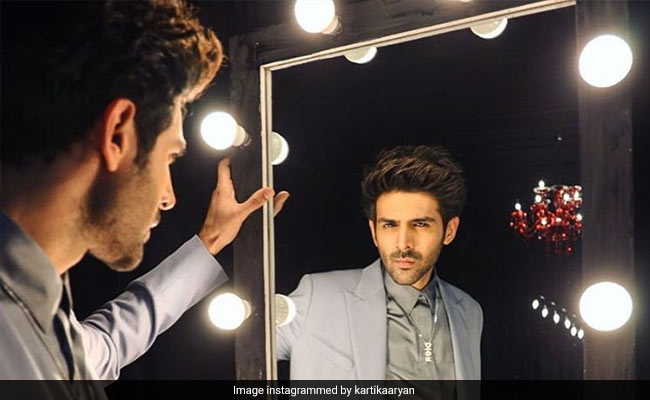 Actor Kartik Aaryan started a new series on his YouTube channel and it's already getting a whole lot of love on the Internet. Kartik has released just one episode of the show titled Koki Poochega and TV czarina Ekta Kapoor is already a fan of Kartik's production skills. Kartik, who recently shared a BTS scene while editing his upcoming show, got a "fab" response from Ekta Kapoor, who is the undisputed queen of making daily soaps. In her comment, Ekta wrote she's glad that Kartik's primary career choice was to be an actor and not a producer: "Thank god you are not a producer. You make better episodes than me. First one fab."

Meanwhile, Kartik Aaryan, who is also working from home like most of us, is struggling little bit with the editing process. We don't know when episode 2 of Koki Poochega will be out because it is "still rendering". "Work from home they said. Episode 2 still rendering... loading....," he wrote. Take a look at Kartik's post here.

Koki Poochega is an interview format show in which Kartik Aaryan interacts with COVID-19 survivors and doctors who are in the forefront of the battle against coronavirus. In the first episode of Kartik's show, the actor had an interesting conversation with Sumiti Singh, one of the first survivors of coronavirus in the country.

Kartik, who has previously trended a great deal for responding to a fan who offered him money, did somewhat similar on his post again. He was offered Rs 1 lakh for a reply while he in turn offered a sum of Rs 2 lakh to the fan to help him edit his show.

Kartik Aaryan has come up with the most eye-catching posts to spread awareness about the coronavirus. On the work front, he was last seen in Love Aaj Kal, co-starring Sara Ali Khan. He will next be seen in Bhool Bhulaiyaa 2.