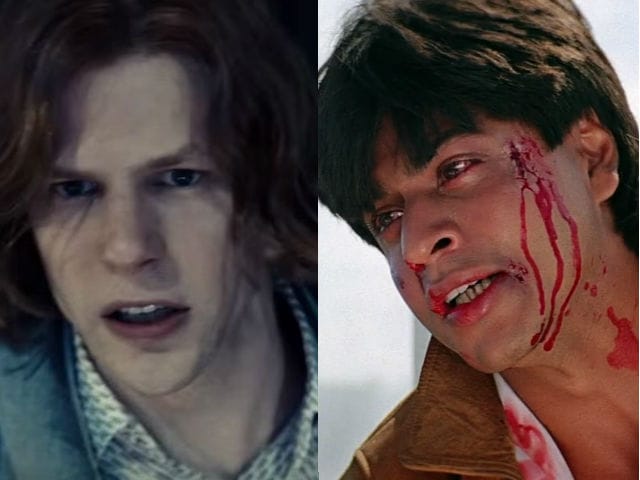 A still from Batman v Superman (left) and Darr (right).

Now toh I will have to watch it for Lex also. Hmmm??will ask my kids they r watching it tonight. https://t.co/6nMVR7REJA

In 1993 film Darr Shah Rukh played the role of an obsessed lover while in Baazigar his motive for destruction was to avenge his father's death and the downfall of his family. (Also Read - Batman v Superman Copied the Worst of Marvel Movies: The Villain)

Meanwhile, Shah Rukh Khan is gearing up for the release of thriller film Fan, which is directed by Rahul Dholakia. Later this year, SRK will be in Rahul Dholakia's Raees.