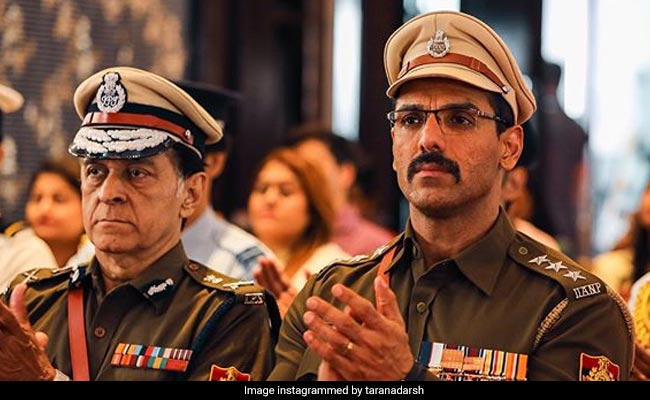 John Abraham's new film Batla House released on Independence Day and clocked four days in theatres on Sunday. During its extended weekend, the film has raked in Rs 47.99 crore, reported trade analyst Taran Adarsh. Batla House picked up pace over the weekend scored Rs 8.84 crore on Friday, Rs 10.90 on Saturday and Rs 12.70 on Sunday. As per Taran Adarsh, the film must hold its pace on the weekdays to keep up with the numbers. Here's what he tweeted: "Batla House has a healthy extended weekend... Gathered momentum on Day 3 and 4... Faring better in Delhi, UP... Will need to maintain the pace on weekdays... Thu 15.55 cr, Fri 8.84 cr, Sat 10.90 cr, Sun 12.70 cr. Total: Rs 47.99 cr. India biz."

On Sunday, Mr Adarsh tweeted to say that Batla House has given decent competition to Mission Mangal, which comes with an ensemble cast. "Batla House shows substantial growth on Day 3... Has been appreciated and that is reflecting in its numbers, despite a strong opponent."

Batla House is based on the controversial Batla House encounter that happened in the National Capital in 2008 but John Abraham says the movie is "not just" about that: "To me, Batla House is not just a film about the most controversial encounter in recent times, an incident that got twisted and turned to suit different political agendas. It is a much bigger human story of DCP Sanjeev Kumar Yadav, who went through excruciating personal turmoil in the line of duty."

Batla House is a directorial venture of Nikkhil Advani.