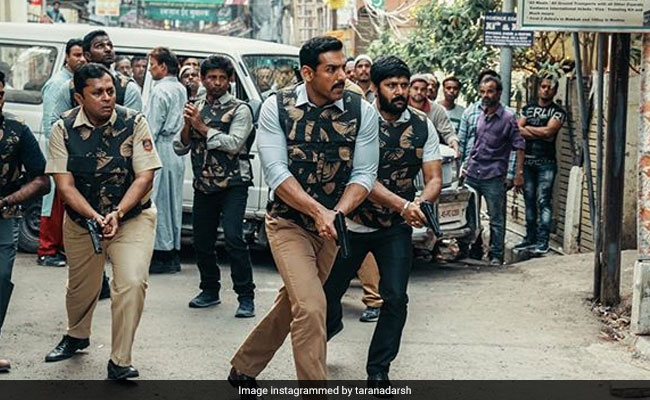 John Abraham's new film Batla House released on Independence Day to clash with Akshay Kumar's Mission Mangal at the box office. While John Abraham is the sole star-power of the film is based on the controversial Batla House encounter, Mission Mangal has an ensemble cast comprising Vidya Balan, Sonakshi Sinha, Taapsee Pannu, Kirti Kulhari and Nithya Menen. Trade analyst Taran Adarsh tweeted to say that Batla House may be running behind in the box office race but has put up a stiff competition against "a strong opponent". In three days, Batla House has raked in Rs 35 crore and counting.

Meanwhile, Mission Mangal is at a score of Rs 70 crore in three days.

Batla House opened to mixed reviews on Thursday with critics singling out John Abraham for his performance as the protagonist. In his review for NDTV, film critic Saibal Chatterjee wrote: "His pangs of guilt and self-doubt over the fallout of a controversial operation that he leads from the front set him apart from all those angry, invincible Bollywood policemen who go about their jobs of cleaning up the world without ever batting an eyelid."