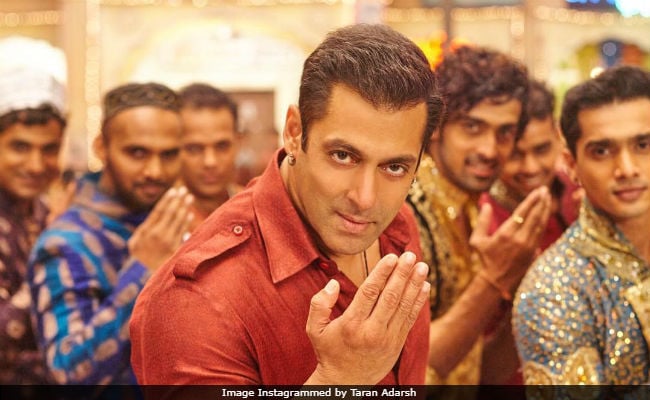 New Delhi: Salman Khan's 2015 blockbuster Bajrangi Bhaijaan was released in China earlier this month (on March 2) and considering the recent figures reported by trade analysts Taran Adarsh, it seems that the audience in China is enjoying the story. In just three weeks, Bajrangi Bhaijaan has managed to rake in over 230 crore. The Kabir Khan-directed film was off to an impressive start and earned Rs 14.61 crore on its opening day. The film, which opened at the 7th spot at the box office in China, made its way up over the next two week and settled securely on 5th position. "Bajrangi Bhaijaan continues to trend well in China. Despite new releases and holdover titles, the film retains number 5 position in top 10 charts... [Week 3] Friday $ 0.93 million, Saturday $ 2.02 million, Sunday $ 1.85 million...Total: $ 35.90 million [Rs 233.68 crore]," Mr Adarsh reported in his tweet. The film, also starring Harshali Malhotra and Nawazuddin Siddiqui, had collected over Rs 433 crore in the Indian market.

After the soaring success of Aamir Khan's Secret Superstar, the team of Bajrangi Bhaijaan may have held high hopes, considering the fact that their film was the second Indian film to have released in China in 2018, but the film could not beat Secret Superstar's box office record.

However, things are not over yet for Bajrangi Bhaijaan as another week is on the box office horizon and we can expect things to turn around considering previous statistics.

Promoted
Listen to the latest songs, only on JioSaavn.com
Bajrangi Bhaijaan is a story about an Indian man's (Salman Khan) quest to find the parents of a young Pakistani girl - Munni - played by Harshali Malhotra, after she got separated from her mother on their trip to India.

Salman Khan, who was last seen in 2017 film Tiger Zinda Hain, is currently busy shooting for his upcoming film Race 3. It would be the third installment in the Race film series and will be helmed by Remo D'Souza.