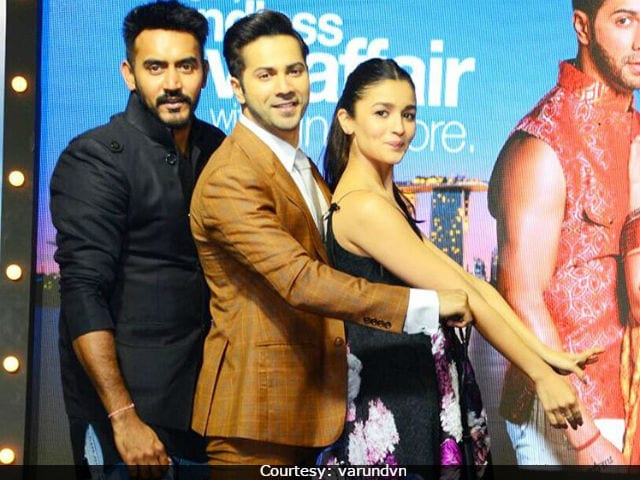 New Delhi: After Badrinath Ki Dulhania's success, director Shashank Khaitan said that he is interested in making another instalment in the franchise, reports news agency IANS. The Alia Bhatt and Varun Dhawan's film which released on Friday, March 10, is a sequel to Shashank's 2014 film Humpty Sharma Ki Dulhania. The rom-com featured Alia and Varun in the lead. "We are delighted with the response. We are getting a lot of encouragement. After seeing the film, the audience is coming out of the theatres with happy faces. I am really keen to make the third instalment of the Badrinath Ki Dulhania franchise," Shashank told IANS. The film has made a business of over Rs 60 crore at the box office.

Speaking on the sequel, Shashank told IANS, "But till now, what will be the story and when will we start it... That hasn't been decided yet."

"Through Badrinath Ki Dulhania, we have tried to give a message in a very entertaining way. Critics and audience are realising and appreciating the core message which the film gives. So, we as a team are really happy with the outcome and result of the film," he further told IANS.

Asked with which Bollywood actor he wants to work, he told IANS, "I wanted to work with everyone in the industry but my main focus is to write a good script and then approach the actor who is best suitable for the role. If I approach Aamir Khan first, he would be asking for a good script, which I don't have (at the moment)."

Promoted
Listen to the latest songs, only on JioSaavn.com
Badrinath Ki Dulhania is Alia Bhatt and Varun Dhawan's third film together and Shashank Khaitan's second film as a director.