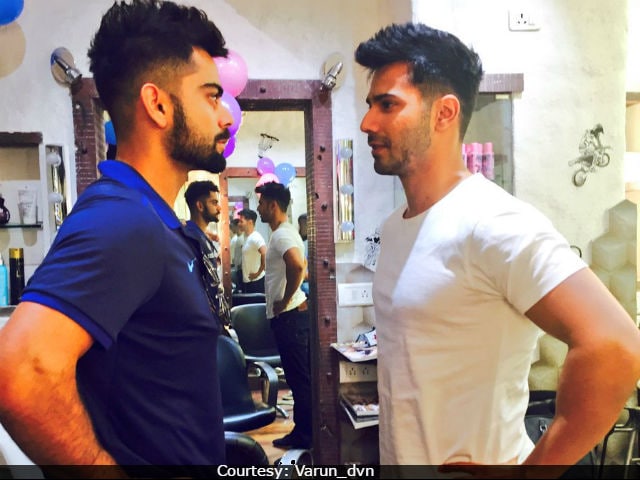 New Delhi: Actor Varun Dhawan, who will be seen as the eponymous Badrinath Bansal in upcoming film Badrinath Ki Dulhania is, at heart, a sterling groom - only the woman he wants to make his dulhania just doesn't get this. Badrinath has found his suitable girl in Vaidehi Trivedi, played by actress Alia Bhatt, but she refuses to consider him a possible suitable boy. But why? Badrinath is loving and caring (also hilarious) and we'd like to know more about him. We already know that, just as he is of her character on screen, Varun Dhawan is "protective" of Alia Bhatt IRL - he revealed this on Koffee With Karan. Varun and Alia debuted together in Student Of The Year and also co-starred in Humpty Sharma Ki Dulhania, the precursor to Badrinath Ki Dulhania.

'Badrinath Is Only Virat Kohli's Fan'

In case you didn't know, Badrinath is a big fan of cricketer Virat Kohli. In a tweet, Varun revealed his fondness for Virat. He wrote, "Badri is only @imVkohli fan. Thank you virat for being so cool and humble we all have a lot to learn from u #realhero." (sic)

Badri is only @virat.kohli fan. When I asked my director who does Badri love @shashankkhaitan said #viratkohli. Luckily virat was cool enough to let me come and cut my hair along side him. Let me tell you he is very down to earth and humble. He is a national treasure today but I am fan of his because he hasn't changed even a little from when I meet him 4 years back #realhero

Badrinath is kaccha in math. His early overtures to Vaidehi are rejected forthwith - she can calculate simple and compound interest, he can't. He does eventually wrestle with and learn the formula for simple interest - but compound interest defeats him. Poor Badrinath.


Badrinath Bansal Doesn't Have A Brain, But Has A Heart

During the launch of the trailer of Badrinath Ki Dulhania, Varun Dhawan said that at one point of time, he was like his character Badrinath. He told news agency IANS, "Badrinath doesn't have a brain, but he has a heart. I was like that probably when I was in college." A heart which beats only for Vaidehi.

BADRI. Characters are created from the heart not the mind pic.twitter.com/pzR4K9QPb0

Badrinath Is Very Expressive When It Comes To Women

Badrinath is naive but nobody can accuse him of being reticent. He has no problem approaching women - and, indeed, annoys Vaidehi by skipping the preliminaries and 'taking rishta' to her house in the time-honoured Indian fashion. In an interview to Indian Express, Varun said that Badrinath Bansal is very expressive and smart. "Badri will create a scene if he has to. So to become Badri for the film, I had to break a lot of personal barriers. I just cannot talk to girls the way Badri does," he said.

Varun Dhawan had earlier said that he used to go to theatres to see Sanjay Dutt and Salman Khan dance on screen and related how he used to cheer while watching them. And in Badrinath Ki Dulhania, Badrinath Bansal got a chance to relive those moments again through the song Tamma Tamma. The song is a remixed version of the Nineties hit from Thanedaar, featuring Madhuri Dixit and Sanjay Dutt.

In the song, Badri and Vaidehi are seen in a club, where Tamma Tamma is played (remixed version) and the DJ announces, "Relive the 90s." An excited Varun and Alia instantly start grooving to the tunes of the song.