A still from the film Baahubali

Chennai: Every now and then, we come across news articles stating that a Bollywood movie has joined the league of Rs 100-crore films. However, it is not so easy for Tamil movies to collect the same amount. So far, only 10 Tamil movies have managed to collect more than Rs 100 crores worldwide at the box office.

SS Rajamouli's magnum opus Baahubali smashed all records by becoming the first film from the South to gross Rs 500 crores worldwide in just 24 days. Produced by Shobu Yarlagadda and Prasad Devineni, it is the first of a two-part epic. The film was simultaneously made in Telugu and Tamil and dubbed into Hindi and Malayalam. The blockbuster features an ensemble cast of Prabhas, Rana Daggubati, Tamannaah Bhatia and Anushka Shetty in the lead roles.

Superstar Rajinikanth's Enthiran, opposite Aishwarya Rai Bachchan, was next only to Dasavatharam to hit the Rs 100-crore milestone. The movie, which has been directed by Shankar and funded by Sun Pictures, was a runaway hit and made profitable business across all the territories. Rajini sir's fans truly loved his 'Chitti' act in the film. Shankar's grand romantic thriller I saw Vikram don multiple hats for portraying a bodybuilder-turned supermodel seeking revenge from his betrayers. By the end of its run, the film had collected more than Rs 200 crores worldwide and eventually became a commercial success. Produced by Aascar Ravichandran, the film had Amy Jackson playing the female lead. Vishwaroopam, a spy thriller written, directed and co-produced by Kamal Haasan, who also starred in the lead role in the film, was produced simultaneously as a bilingual in Tamil and Hindi and dubbed into Telugu. The movie faced a lot of controversy before it released in Tamil Nadu. But when it released, it took the box office by storm. The sequel of the film, Vishwaroopam 2, has been announced. 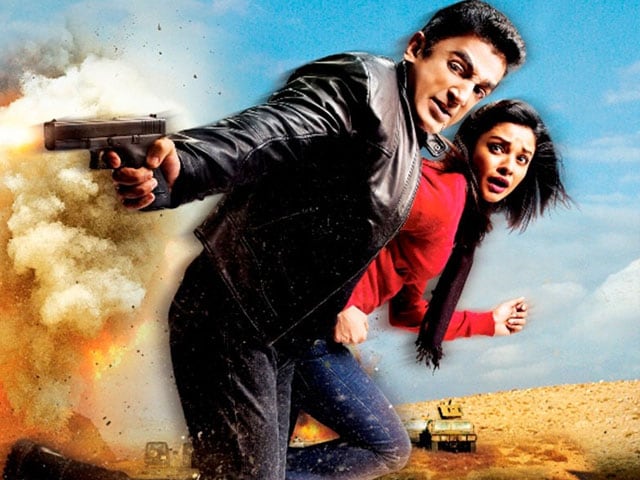 The science-fiction thriller, featuring Kamal Haasan in 10 roles and directed by KS Ravikumar, was the second Tamil film after Sivaji to reach the Rs 100-crore milestone in Tamil cinema. The film, again produced by Aascar Ravichandran, grossed Rs 200 crores worldwide. Asin and Mallika Sherawat played the female leads in the film, while the script was written by Kamal Haasan himself. 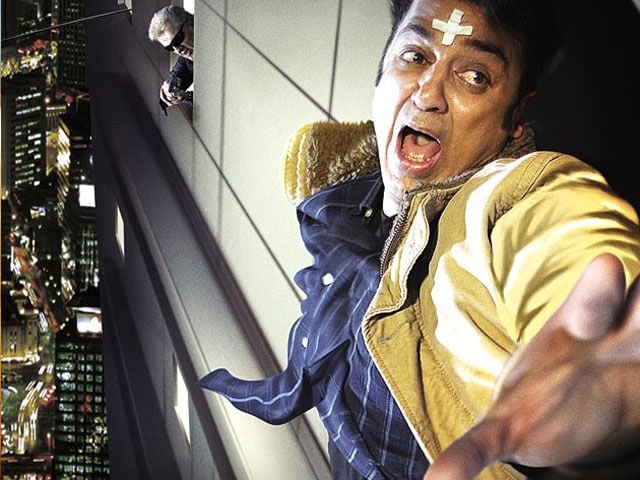 KS Ravikumar's Lingaa, Rajinikanth's comeback film after a brief period of ill-health, had the largest opening day for a South Indian film as it earned Rs 22 crores in India. Although the film went on to gross more than Rs 150 crores worldwide, many distributers in Tamil Nadu claimed huge losses, demanding compensation as the film's worldwide distribution rights were reportedly amounted to an excess of Rs 140 crores. 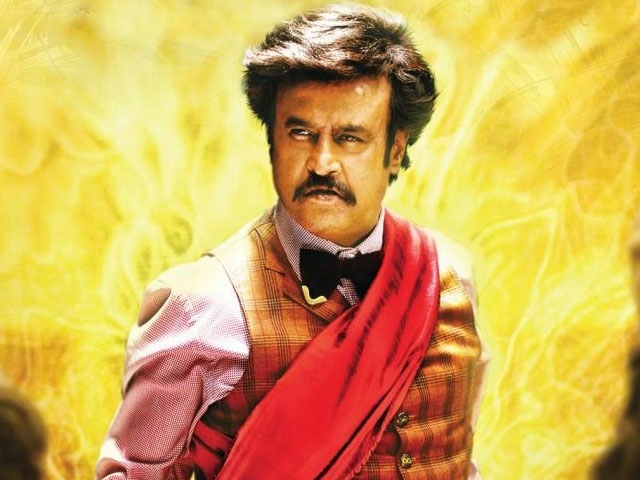 Superstar Rajinikanth's Sivaji, directed by Shankar, holds the record for the first South Indian film to reach the prestigious Rs 100-crore mark. The action entertainer, which revolved around the life of a software system architect, was produced by AVM studios. The film, which was also dubbed into Telugu and Hindi, became a huge commercial hit worldwide. Shriya Saran played the female lead. 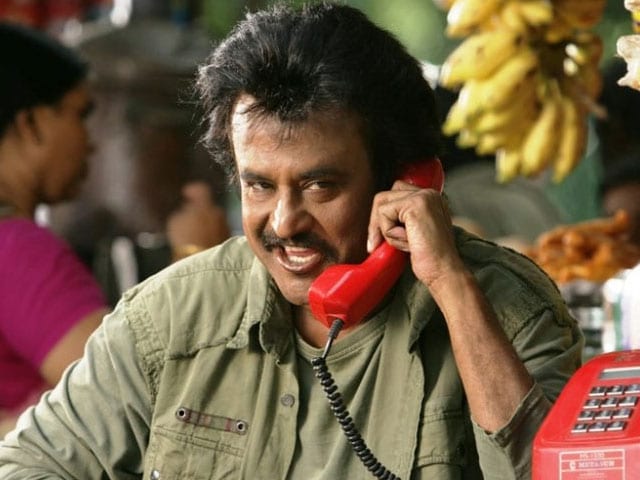 Vijay's action thriller Kaththi, written and directed by AR Murugadoss, revolved around the tale of two lookalikes, Kathiresan and Jeevanantham, and focused on the burning issue of farmers committing suicide due to corporate encroachment. Samantha played Vijay's on-screen pair. The film, funded by Lyca productions, did very well at the box office, grossing more than Rs 125 crores worldwide. 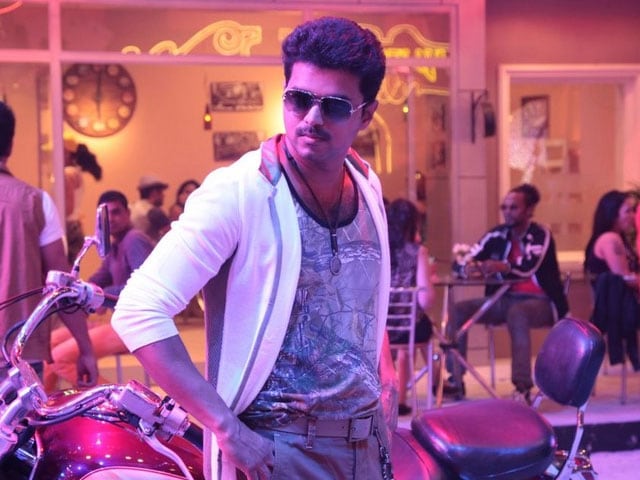 Ajith Kumar's Aarambham, written by Subha and directed by Vishnuvardhan, narrated the story of a former member of an Anti-Terrorist Squad on a mission to expose a scam regarding faulty bullet-proof jackets. The action thriller, which featured an ensemble cast of Nayanthara, Arya and Taapsee Pannu, turned out to be a huge hit commercially, grossing more than Rs 120 crores worldwide. 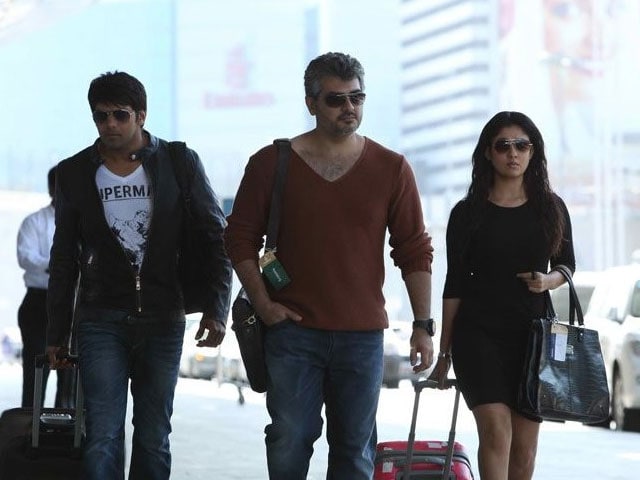 Vijay's Thuppakki was among the early films to get into the coveted league of Rs 100-crore films. Directed by AR Murugadoss, the movie was a thriller about an under-cover army man. Vijay was at his best in the film and the movie was a perfect Diwali treat for his fans. Produced by Kalaipuli S Thanu and distributed by Gemini Film Circuit, Kajal Agarwal played Vijay's leading lady in the film. 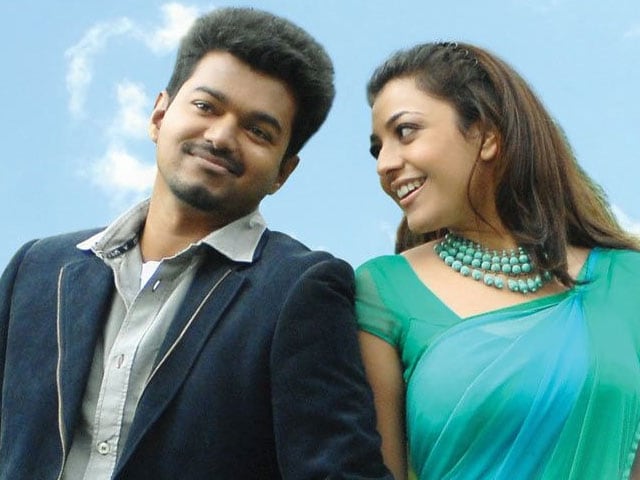