Baahubali: The Real Beginning - 7 Years After The Start, 10 Things You Might Not Know

On the day when Baahubali went on floors, we compiled a list of 10 facts you should know about the Baahubali series. 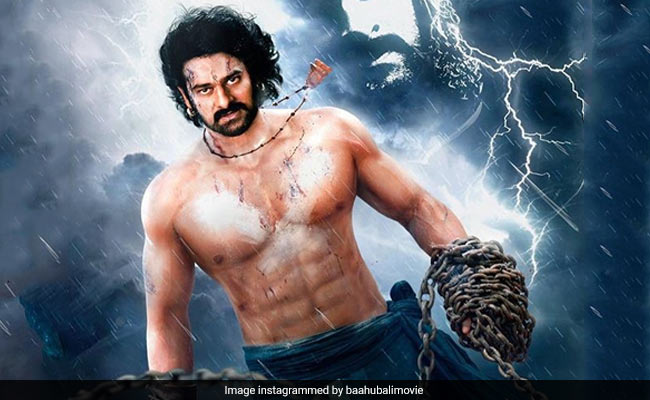 Prabhas in a still from Baahubali: The Conclusion. (Image courtesy: baahubalimovie)

A historic chapter in the history of Indian cinema started on this day seven years ago when filmmaker SS Rajamouli's magnum opus the Baahubali series went on floors on July 6, 2013. The two-part epic drama blurred boundaries of Bollywood and regional cinema like never before and rocked the Indian box office. The first film of the series, Baahubali: The Beginning released in 2015 and ended with an epic cliff hanger when the eponymous character (played by Prabhas) was killed by his confidante Kattapa (Sathyaraj), is an unexpected turn of events. The promotion of second film was pegged to the biggest question which made cinephiles curious (maybe after the query, 'When will Salman Khan get married?') - "Kattapa ne Baahubali ko kyun mara?"

July 6, 2013. The moment when it all began! We started the shoot of #Baahubali on this day 7 years ago... @ssrajamouli @actorprabhas @shobuy_ @arkamediaworks_official @kksenthilkumar

The answer arrived two years later in April 2017 and all hell broke loose. Baahubali: The Conclusion re-wrote the box office history of Indian cinema and set extremely high goals for the big blockbusters on the way to cinema houses.

On the day "when it all began," we compiled a list of 10 facts you should know about the Baahubali series:

#1 Baahubali: The Beginning entered the Guinness Book Of World Record for making the world's largest poster for a movie during the film's Malayalam audio release. The record has since been broken by the film MSG-2 The Messenger (2015).

See how the world's largest poster - 4,793.65 m - was created for @BaahubaliMoviehttp://t.co/2FbChJgARR#Baahubalipic.twitter.com/RTtFx6hDEi

#2 The makers of Baahubali created the first fictitious language for an Indian film character for the depiction of the Kalakeya clan. The fictious language was called "KiLiKi," with 748 words and 40 grammar rules and it remains the same in all versions of the film.

It was with great research that @madhakarky created the #KiLiKi language for @BaahubaliMovie. You all can learn the world's youngest & easiest language now.

#3 Actress Sridevi was first approached for the role of Sivagami which went to Ramaya Krishnan. Sridevi allegedly asked for a salary of Rs 6 crore. However, in 2017, Sridevi refuted the reports and said that she was 'shocked' by what Rajamouli said about her rejecting Baahubali.

#4 Filmmaker Rajamouli reportedly said that when his father, screenwriter Vijayendra Prasad, narrated the story to him, he was captivated by the character of Sivagami and wanted to make the film on her. After the success of the film series, SS Rajamouli collaborated with author Anand Neelakantan (who wrote the Ajaya series) to release The Rise Of Sivagami, the first novel in a three-part series, which explored the story of the title character. The books served as a prequel to the Baahubali film series.

#5 Baahubali: The Beginning, at the time of its release in 2015, became the highest-grossing film in India, third highest-grossing Indian film worldwide by collecting Rs 650 crore worldwide. The box office collection of its sequel was much higher.

#6 Baahubali 2 was the most searched film in India for the year 2017 while it ranked seventh worldwide.

#7 The film had held the highest opening day collection record in 29 out of 30 states in India. The exception was Tamil Nadu because of delayed release.

#8 Fans of the series can visit Mahishmathi in Hyderabad's Ramoji Film City. A massive set spread over 100 acre and built on a budget of Rs 60 crore was retained by Ramoji Film City and it was opened for tourism in 2017.

#9 Baahubali 2 became the highest grossing Indian film of all time. It was the first Indian movie to collect over Rs 1,500 crore worldwide.

#10 Prabhas dedicated five years just for the Baahubali series. After starting filming Baahubali: The Beginning he did not sign another film for five years. The remaining principal cast - Rana Daggubati, Tamannaah Bhatia and Anushka Shetty - all made many films between the release of the two Baahubali movies.