On 6 Years Of Baahubali, Prabhas' Shout Out To The "Team That Created Waves Across The World"

Baahubali: The Beginning was released in 2015. 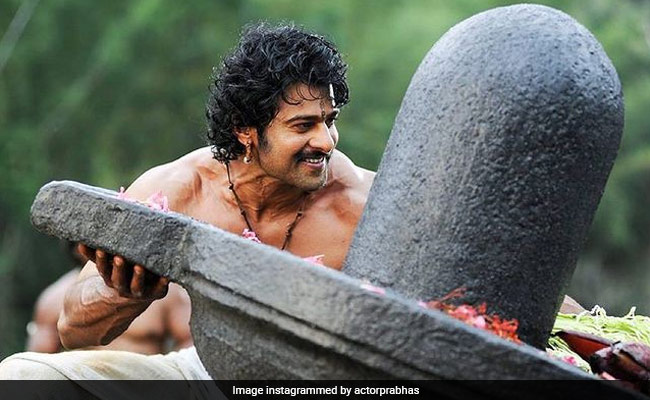 Prabhas in a still from Baahubali: The Beginning (courtesy NAME)

One of the most celebrated Indian films, Baahubali: The Beginning completed 6 years on Saturday. The SS Rajamouli-helmed movie was not only a rage in the South cinema industry but received global recognition. Lead actor Prabhas shared a social media post giving a shout out to his team. He uploaded a snap from the movie's iconic scene where the character Shiva [Mahendra Baahubali] lifts Shivling. In the caption, Prabhas dropped the hashtag, “6 years of Baahubali”. The note further read, “Here's to the team that created waves of cinematic magic all across the country and the world.”

The first instalment of the epic drama was released in 2015. The star cast also included Tamannaah Bhatia, Rana Daggubati, Anushka Shetty, Ramya Krishna and Sathyaraj. The film received record-breaking success at the ticket windows. The second instalment Baahubali 2: The Conclusion was released in 2017 which was again well-received by the audience.

Prabhas was last seen in Sujeeth directed action film Saaho. The next ambitious project lined up for him is a period-romance Radhe Shyam. It features Pooja Hegde as the female lead. Prabhas is the protagonist of Om Raut's Adipurush. It also has Kriti Sanon as Sita and Saif Ali Khan as Lankesh.

Fans will also get to see him packing punches in the action-thriller Salaar.

Speaking of filmmaker SS Rajamouli, his next massive release is RRR. The movie's ensemble star cast includes Alia Bhatt, Ajay Devgn, Junior NTR, Ram Charan and Olivia Morris. The period-action film was slated to release on January 8 this year but was postponed due to the pandemic. The makers now eye an October release in multiple languages.