Sridevi 'Shocked' By What Rajamouli Said About Her Rejecting Baahubali

Sridevi said that Baahubali director Rajamouli had been misinformed about her alleged starry behaviour and contrary to popular belief, she would have been 'happy' to work with him 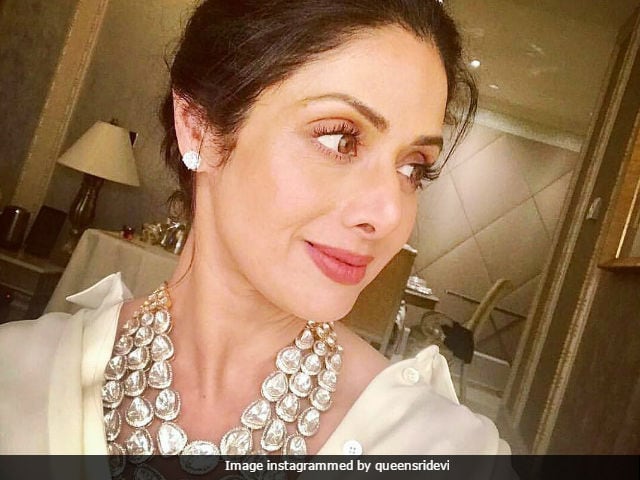 Sridevi was offered the role of Sivagami. (Image courtesy: queensridevi)

New Delhi: Actress Sridevi has told a Telugu channel that she was 'shocked' and 'upset' by what Baahubali director S S Rajamouli said about her alleged 'demands' over a role she was reportedly offered in the two-part film. The 53-year-old star suggested that Rajamouli had been misinformed about her alleged starry behaviour and that an interview he gave made her 'sad.' Contrary to popular belief, Sridevi also said that she would have been 'happy' to work with the filmmaker, who is believed to have offered the role of Queen Mother Sivagami to Sridevi before casting Ramya Krishnan. Baahubali: The Conclusion released two months ago to tremendous numbers, shattering several box office records at home and abroad.

Speaking to NTV Telugu, Sridevi said, "I was shocked and hurt by his interview. Rajamouli is a calm and dignified person. I was very happy to work with him. But, the way he spoke about the issue made me feel very sad."

All sorts of rumours abound about why Sridevi rejected the role of Sivagami, from reports that she asked for a salary of Rs 6 crore to allegedly asking for the use of an entire floor of a five-star hotel. Speaking to NTV Telugu, Sridevi said, "People would have sent me packing if I was like that. I don't know if the producer wrongly told Rajamouli that I made all these demands, but it is not in good taste to speak like this."

Last month, S S Rajamouli claimed on a regional TV chat show that Sridevi's refusal to star in his film turned out for the best. Times Of India quoted him as having said, "After hearing series of wishes from her (Sridevi), our team got fed up. We also thought that it would be above our budget to meet her demands. Then we approached Ramya Krishnan and she proved herself fantastic and we now feel, we were lucky that we dropped the idea of having Sridevi in our film."

Controversy over Sridevi's non-appearance in Baahubali was stoked by her number one fan Ram Gopal Varma, who wrote on his now-abandoned Twitter account: "If Sridevi did Baahubali 2 she would have gotten more credit than Prabhas, it being her very next film after English Vinglish."

Prabhas stars as the eponymous Baahubali in Rajamouli's twin films. Sivagami, played with great flair by Ramya Krishnan, is the Rajmata of the fictional kingdom of Mahishmathi, who acts as Regent while the heir to the throne is still underage. Rana Daggubati, Anushka Shetty, Tamannaah Bhatia and Sathyaraj play the other pivotal roles in the films. Baahubali 2 has made over Rs 1,500 crore worldwide.

Sridevi, who has been sporadically working since her comeback in 2012's English Vinglish, stars in MOM next, releasing on July 7.
Comments
sridevi baahubalisridevi sivagamisridevi rajamouli