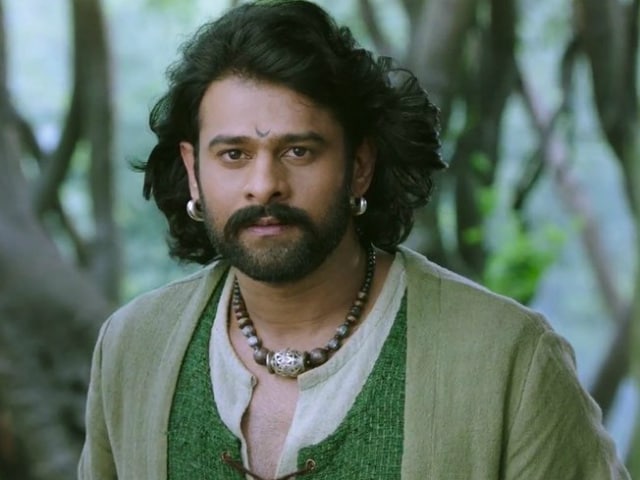 Baahubali 2 Trailer: Prabhas in a still from the film

New Delhi: The trailer of Baahubali: The Conclusion released on Thursday and no one can stop raving about it. Baahubali star Prabhas, who features in the titular role in S S Rajamouli's ambitious epic drama, seems particularly impressed. Prabhas, who was present at the launch of the trailer in Hyderabad this morning, revealed that the rigorous training and demands of filming the action was made worthwhile by the grand first glimpse. "After watching the trailer, I forgot all the hardships we underwent in making this movie. We are all so content and proud," he said in Hyderabad, reports Telugu Cinema. He also assured movie-goers that part two will be as good as part one - 2015's Baahubali: The Beginning - was. "I am 100 percent sure that the second part will live up to all the expectations people have on this movie," Telugu Cinema quoted Prabhas, 37, as saying. In Baahubali: The Conclusion, Prabhas stars in dual roles - both as Mahendra Baahubali and his father Amarendra Baahubali.

Rajamouli, who was also present at the launch of the trailer, was asked about the cliffhanger that the first film ended on - when Katappa killed Baahubali - and he said the audience would simply go with the flow of the story once the movie starts, reported Telugu Cinema. "They would totally immerse into the storyline and narration," he told reporters in Hyderabad.

Rana Daggubati returns as the tyrannical and vengeful anti-hero of Baahubali and features as the younger version of his character Bhallala Deva in Baahubali: The Conclusion. At the trailer launch, he said that he has spent more than half of his seven-year-long career on the sets of Baahubali, reported Telugu Cinema.

Watch the trailer of Baahubali: The Conclusion :

Promoted
Listen to the latest songs, only on JioSaavn.com
The trailer of the film will play in over 250 screens across Andhra Pradesh and Telangana from today.