Baaghi Ek Do Teen: Will Disha Patani Co-Star With Tiger Shroff In Film #3? The Answer In A Month

"Writing of Baaghi 3 is still in process," said the producer 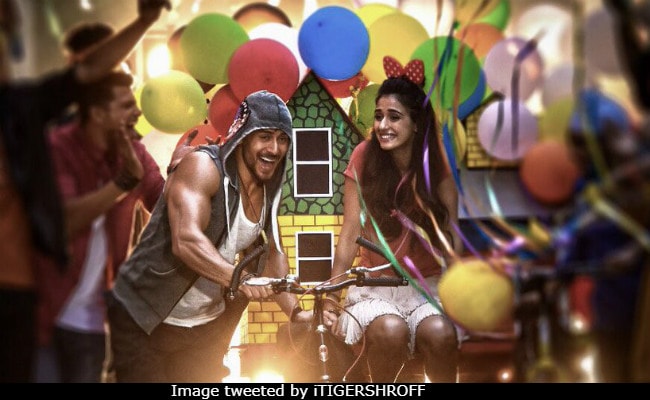 Tiger Shroff in a still from Baaghi 2 (courtesy tigerjackieshroff)

New Delhi: Baaghi 2 has just released and plans for the next one are being chalked out already. On Thursday, producer Sajid Nadiadwala told the press in Mumbai that the script of Baaghi 3 is currently being written and that the female lead will be announced in a month's time. When asked if Disha Patani will return in the third part of the Baaghi series of films, the producer said: "Writing of Baaghi 3 is still in process and within a month, we will come to know and then we will announce it," reported IANS. Baaghi 2 is directed by Ahmed Khan and casts Disha Patani opposite Tiger Shroff where as in the first film - 2016's Baaghi (directed by Sabbir Khan) - Tiger co-starred with Shraddha Kapoor.

Mr Nadiadwala however, hinted that the entire team of the movie may remain the same for the third venture. Speaking to the press, the filmmaker said Baaghi 3 was announced on the day of Baaghi 2's trailer launch to instil confidence in the film's team: "Actually, I announced it before trailer of Baaghi 2 to my team. I wanted to give confidence before releasing Baaghi 2 to the director and the whole acting team and I am sure that the audience will like Baaghi 2 and help us to make part three," IANS quoted him as saying.

Promoted
Listen to the latest songs, only on JioSaavn.com
Meanwhile, Baaghi 2 hit theatres on Friday and is expected to have 2018's biggest opening, as per early reports. Baaghi 2 witnessed 45-50 per cent occupancy across 3,400 theatres in India making it top the list of highest first day occupancy recorded by 2018 releases, stated Box Office India.