Tiger Shroff, Disha Patani Are In Sri Lanka For A Holiday. Pics Cannot Be Missed 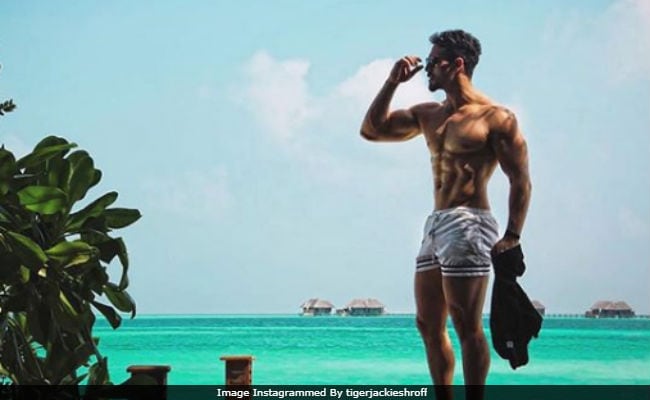 New Delhi: Rumoured couple Tiger Shroff and Disha Patani welcomed 2018 together on the beaches of Sri Lanka. Both the stars have posted pictures from their Sri Lankan vacation on social media and they will give you major travel goals (we bet). A shirtless picture of Tiger is the Internet's favourite. His well-toned body is the main highlight of the frame and comments such as, "Hotness overloaded," "Can't take my eyes off," have been posted. Our favourite - "Cute se bhi zyada cute." Meanwhile, Disha's picture in a white swimwear, is also being loved. "Disha Patani, why you are so beautiful," commented a user on Disha's post.

They also met Ranveer Singh while on their way to Sri Lanka.

Tiger Shroff, 27, and Disha Patani, 25, have been rumoured to be dating for over a year now. They began shooting for Baaghi 2, their first film together, last September. They have earlier co-starred in Befikra, a music video.

Of casting Disha in Baaghi 2, producer Sajid Nadiadwala earlier said, "When we did the look test of both of them together, we were convinced with their chemistry and about Disha being the perfect choice for the role."

Promoted
Listen to the latest songs, only on JioSaavn.com
Earlier, several media outlets reported that Tiger and Disha would be moving in together at the actresses' new apartment in Bandra. However, Tiger's parents Jackie Shroff and Ayesha denied such reports. "I don't think he has any plans to move out. At least, he hasn't told me. Everyone finds a life partner, gets married and decides to settle down. If Tiger plans to move out and stay independently, I don't have any issues with it. But knowing my children, they won't do that," Jackie Shroff told mid-day.

Tiger Shroff was last seen in Munna Michael. Apart from Baaghi 2, he also has Rambo and Student Of The Year 2 in the pipeline. Disha Patani made her Bollywood debut with 2016's M S Dhoni: The Untold Story and last featured in Indo-Sino project Kung Fu Yoga.
Comments
disha patanidisha patani tiger shroffTiger Shroff