Tiger Shroff was spotted with Disha Patani at Juhu on Monday 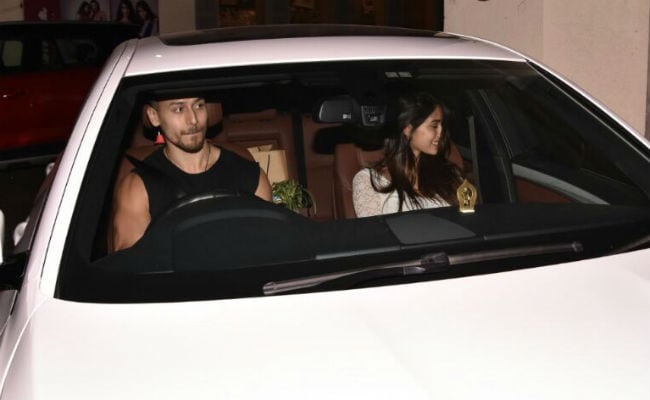 New Delhi: Actor Tiger Shroff was spotted at Juhu PVR with rumoured girlfriend Disha Patani on Monday. Thank God it's Tuesday as we saw Disha and Tiger together. The duo were photographed from inside the car. Tiger was seen in a black tee while Disha complemented him well in white. Disha Patani was all smiles and the paparazzi managed to click some beautiful pictures. Tiger Shroff, 27, and Disha Patani, 25, have been rumoured to be dating for over a year now. They are all set to feature in Baaghi 2, which is their first film together. They have earlier co-starred in Befikra, a music video. 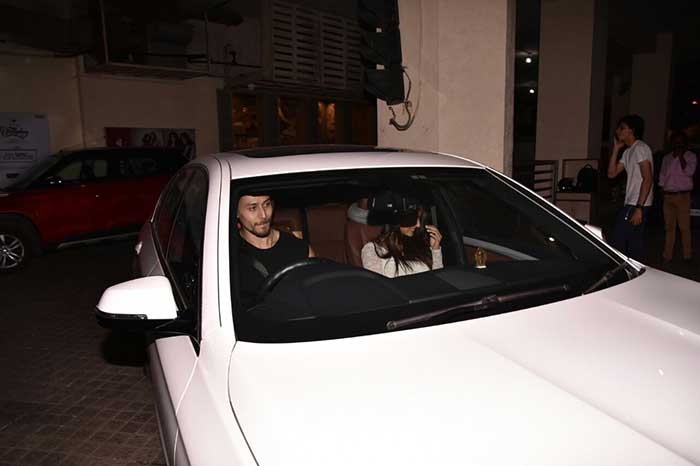 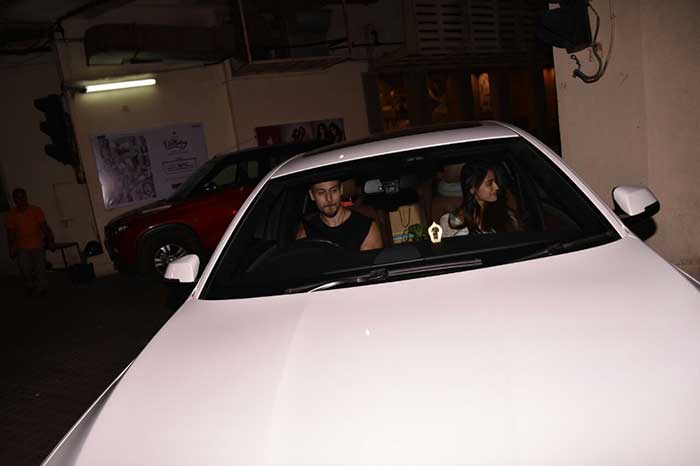 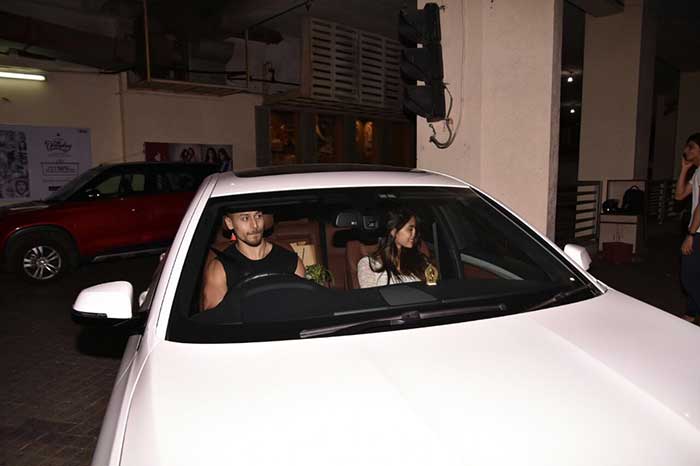 Recently, Tiger's first look from Baaghi 2 did several rounds on the Internet. Tiger looked completely off the charts in his new look. This is what we are talking about:

@tigerjackieshroff's FIRST LOOK FROM #BAAGHI2 REVEALED: #MumbaiMirror recently got a glimpse of @tigerjackieshroff's look as he was walking from his vanity van to the set to shoot an intense maar dhaad sequence. He was almost unrecognisable with his bulging biceps and military cut, his chin darkened by a stubble, the shadow of a moustache over his lips and his tee stained with blood. A source from the set informed that action choreographers from around the world have been flown down to design the stunts. @dishapatani @khan_ahmedasas @teamtigershroff @nadiadwalagrandson #ahmedkhan #dishapatani #sajidnadiadwala #tigershroff #dishapatani #baaghi2 #randeephooda #bollywood #action

Recently, Tiger and Disha wrapped the first shooting schedule of Baaghi 2 in Pune. They packed the shoot with a poolside picture.

Promoted
Listen to the latest songs, only on JioSaavn.com
Disha and Tiger made headlines when several media outlets reported that the rumoured couple would be moving in together at Disha's new apartment in Bandra. However, Tiger's parents Jackie Shroff and Ayesha rubbished the reports. "I don't think he has any plans to move out. At least, he hasn't told me. Everyone finds a life partner, gets married and decides to settle down. If Tiger plans to move out and stay independently, I don't have any issues with it. But knowing my children, they won't do that," Jackie Shroff told mid-day while Ayesha said, "Tiger is very much staying at home with us."

Tiger will be busy filming the Indian adaptation of Sylvester Stallone's Rambo after Baaghi 2. He also has Siddharth Anand's next film, which co-stars Hrithik Roshan in the pipeline while Disha Patani is best known for her roles in MS Dhoni: The Untold Story and Kung Fu Yoga.
Comments
tiger shrofftiger shroff disha patanitiger shroff heropanti