Baadshaho director Milan Luthria said: "I did discuss the film with Kareena and Katrina and both couldn't do the film" 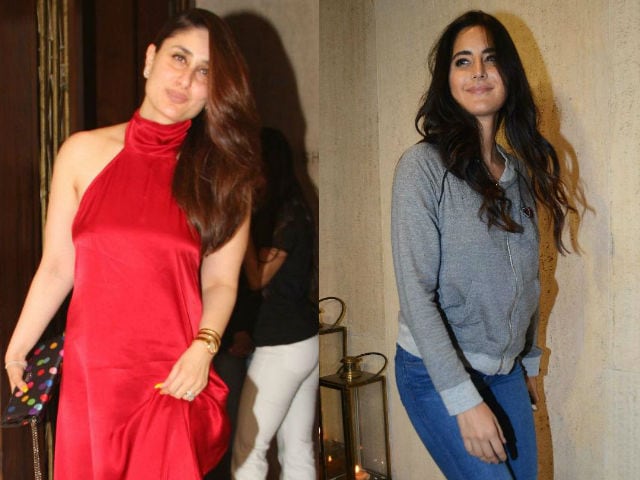 New Delhi: Director Milan Luthria's new film Baadshaho releases on Friday and the filmmaker told news agency PTI that he initially wanted to cast Kareena Kapoor Khan and Katrina Kaif in the heist drama set during the Emergency period. "I did discuss the film with Kareena and Katrina and both couldn't do the film. Kareena said she wanted to start a family and she was frank about it, while Katrina was caught up with her prior work commitments," Milan Luthria told PTI. Initially there were reports that the director also considered casting actors such as Priyanka Chopra and Shruti Haasan. Milan told PTI: "There were few names that were added on. I was developing Baadshaho and also working on another story and the two were mixed up by the media. Films don't get made in casual meetings. Only when a conversation reaches a point of finality, a film gets made."

Finally, actors Ajay Devgn, Emraan Hashmi, Vidyut Jammwal, Esha Gupta and Ileana D'Cruz are co-starring in Baadshaho. Milan Luthria is collaborating with Ajay Devgn for the fourth time while with Emraan Hashmi for the second time. Milan Luthria's last few films The Dirty Picture and Once Upon A Time In Mumbaai were set in the Seventies and the Eighties just like Baadshaho. "None of it (referring to the time period) was planned. It is just a coincidence. I do like it. There were times when films were full of romance, action, drama, conflict and music and there were very strong characters written for all, I like that. I want to offer entertaining cinema to the audience," Milan Luthria told PTI.

Speaking about the conception of Baadshaho, Milan Luthria said: "I was shooting for Kachche Dhaage in Rajasthan and I heard a story that was about how during Emergency lot of palaces were raided and lot of gold and antique items were taken away. This is all documented and available online. The government sent the Army and they took away things."