"So happy that the film actually connected with Indians abroad and with non-Indians alike," said film's director Anubhav Sinha 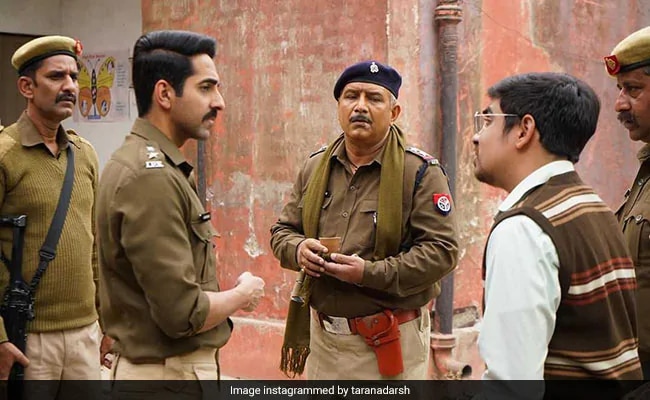 Ayushmann Khurrana in a still from Article 15. (Image courtesy: taranadarsh)

Ayushmann Khurrana's Article 15 has picked up the Audience Award at the London Indian Film Festival (LIFF). The 10th edition of the UK and Europe's South Asian film festival, supported by the Bagri Foundation and the British Film Institute (BFI), opened with Anubhav Sinha's hard-hitting thriller Article 15 on June 20. The film won the Audience Award on June 29.

Article 15 aims to remind people about Article 15 of the Constitution which prohibits any discrimination on grounds of religion, race, caste, sex or place of birth, and how its value has been forgotten.

"I am delighted to have won the LIFF Audience Award," Anubhav Sinha said in a statement. "So happy that the film actually connected with Indians abroad and with non-Indians alike, who are not facing this version of inequality on a daily basis," he added.

To this, Vibha Chopra, Head-Global Syndication and International Film Distribution, ZEE Entertainment, added: "While the film is so rooted in the heartland, we were always confident that the film has a global resonance and winning at the prestigious LIFF showcases that the film has found its audience and appreciation outside of India as well. The validation at LIFF only reinforces our belief that good content is geography agnostic and drives us to take our cinema far and wide."