"I look forward to some more legendary stuff this year," wrote Ayushmann 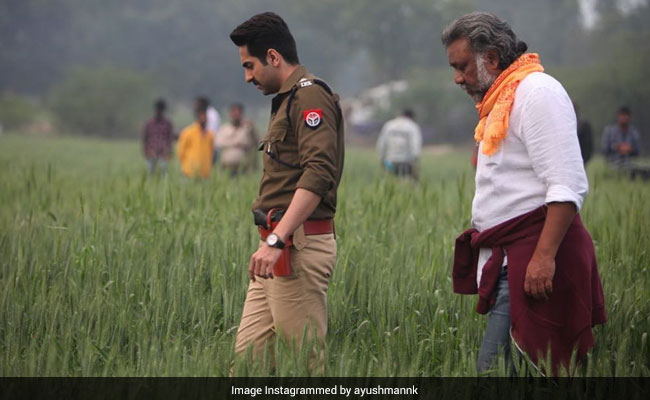 On director Anubhav Sinha's birthday, actor Ayushmann Khurrana, who worked with him in the 2019 film Article 15, wished him on social media. Ayushmann Khurrana shared a BTS photo from the sets of the film and wrote: "Happy birthday, Anubhav Sinha sir! Thank you for Article 15." Ayushmann, who reportedly signed a new film titled Anek with Anubhav Sinha earlier this year, added in his post: "I look forward to some more legendary stuff this year." Article 15 is based on Article 15 of the Indian constitution, which forbids discrimination on the basis of religion, caste, place of birth and others. It revolves around the story of a young IPS officer (played by Ayushmann), who investigates the case of gang rape and murder of two Dalit girls despite the issues he faces because of the strict caste system prevailing in Lalganj, Uttar Pradesh.

Happy bday @anubhavsinhaa sir! Thank you for #Article15 I look forward to some more legendary stuff this year.

Ayushmann Khurrana was last seen in Gulabo Sitabo, in which he co-starred with Amitabh Bachchan. He has featured in a number of hits such as Shubh Mangal Zyada Saavdhan, BalaShubh Mangal Saavdhan, AndhaDhun, Badhaai Ho, Article 15 and Dream Girl.