Ayushmann Khurrana Reveals His Plan B If Films Failed - "Dance, Sing At Birthdays"

"Nothing was working out at that time. I had to do something to make it work," said Ayushmann Khurrana 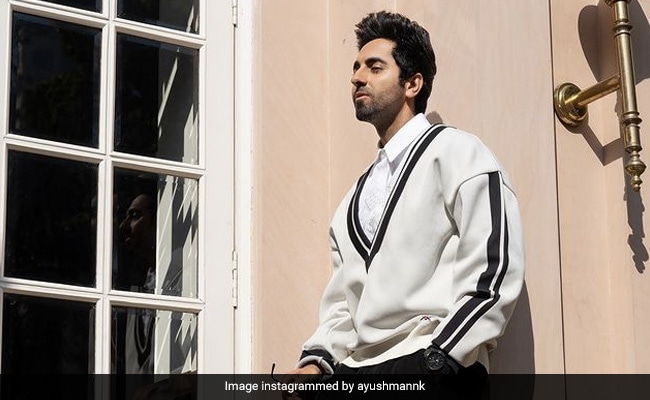 Ayushmann Khurrana recently appeared on Arbaaz Khan's talk show Pinch 2, where he revealed that he was ready to sing and dance at parties if he didn't succeed as an actor. The actor, who wrote his autobiography Cracking the Code: My Journey in Bollywood at an early stage of his career, said, "After my first film, I starred in three back-to-back flops. People had written me off, and I was ready to move back to Chandigarh. I was going through a phase where I had time on my hands to write a book, so I wrote it." Ayushmann, a former RJ and VJ, added, "But now I'm at a stage where I don't have time to write a book, and work is also going well. Nothing was working out at that time. I had to do something to make it work. I had a band, named 'Ayushmann Bhava,' I used to do concerts. I thought even if my films don't work, I could sing at birthdays, I'd dance, I'd entertain people somehow, I'd write a book. I was thinking of all the things I could do if my films don't work. You just need to make it work somehow, that's an artist's job."

The actor, who made his Bollywood debut with Shoojit Sircar's Vicky Donor in 2012, is best-known for starring in critically-acclaimed as well as hit films like Badhaai Ho, Dream Girl, Bala, Article 15, Dum Laga Ke Haisha and Bareilly Ki Barfi among others. Ayushmann Khurrana received a National Film Award for Best Actor for his performance in the 2018 film AndhaDhun.