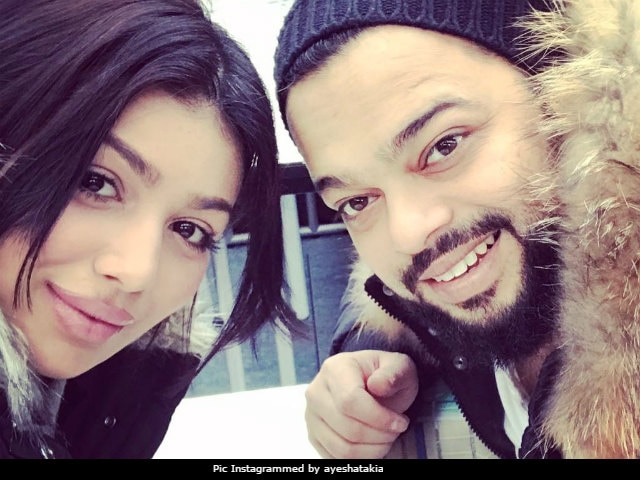 New Delhi: Ayesha Takia's husband Farhan Azmi filed a complaint with the Mumbai Police on July 26 for having received death threats from a political outfit over a phone call earlier this month, reported Spotboye. The hotelier is the son of Samajwadi Party leader Abu Azmi, who has featured in headlines for making several controversial statements. Farhan Azmi's complaint states the political party titled Hindu Sena, which operates out of Rajasthan, threatened him for allegedly having indulged in "love jihad". "You all are animals. Have you forgotten that you have indulged in Love Jihad by marrying a Hindu girl?" the unidentified caller reportedly told the actress' husband, stated Spotboye. Ayesha Takia has been married to Farhan Azmi since 2009 and the couple are parents to a son named Mikail.

"The aggressor, in no uncertain terms, extended death threats to the undersigned and his family..." read the report, a copy of which have been shared by Spotboye.

According to the complaint, the threat call on behalf of the Rajasthan Hindu Sena was primarily targeted at Ayesha's politician father-in-law - the political outfit is reportedly offended by Abu Azmi's comments about singer Suchitra Krishnamoorthi's stance on azaan or the morning call to prayer. The singer was recently attacked on Twitter in abusive words for her tweets on azaan. Later, the senior politician told a news channel that only those who attempt to taint the culture of India, protest against the holy morning call to prayer.

"Ask your father Abu Azmi to stop shouting like an animal else he will be bumped off. Also tell the son of Owaisi that he too will not be spared," Farhan Azmi was reportedly told, said Spotboye.

Ayesha Takia has been known to publicly distance herself from the controversial remarks made by her father-in-law. Earlier this year, she told mid-day that it's okay to have a 'difference in mind-set': "When people are in the public eye, they are questioned for their choice of words. A difference in mind-set and generation gap is the issue. There is a difference of opinion (between me and my father-in-law), which is fine. As a celebrity, I take it in my stride that I am expected to harbour an opinion even on something I didn't say," mid-day quoted her as saying.

Promoted
Listen to the latest songs, only on JioSaavn.com
In 2014, Ayesha Takia reacted with strongly-worded tweets to Mr Azmi's suggestion that women having sex should be hanged to death. Later that year, Abu Azmi also appeared to say that women who are raped should be punished - a statement which he later attempted to clarify.

if wot im reading about my father in laws statements r true then me and Farhan are deeply embarrassed n ashamed...

We surely do nottt share this mindset...its disrespectful to women.if these statements r true then its sad.