"When people are in the public eye, they are questioned for their choice of words. A difference in mind-set and generation gap is the issue," said Ayesha Takia 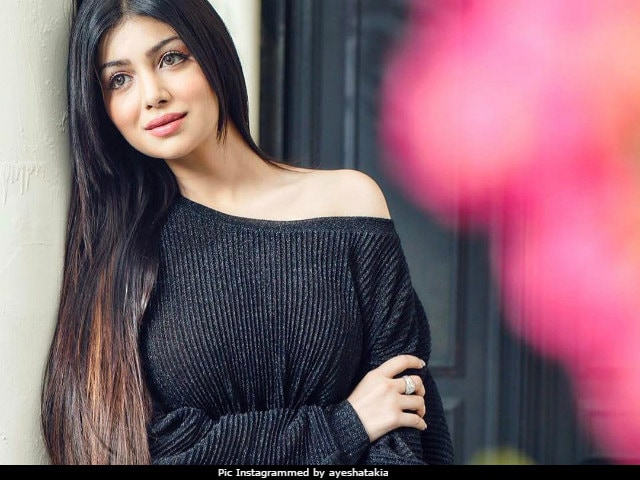 'A difference in mind-set and generation gap is the issue,' said Ayesha Takia (courtesy ayeshatakia)

New Delhi: Actress Ayesha Takia has spoken about often disagreeing with opinions publicly aired by her father-in-law Abu Azmi, a politician known for making controversial statements about the status of women. Speaking to mid-day , the 31-year-old Dor actress said that there is a 'difference in mind-set,' that it's okay to not have shared viewpoints, and that communication is key to resolving differences. She also said that being 'expected to harbour an opinion on something (she) didn't say' - presumably referring to being asked to comment on Mr Azmi's statements - comes with the territory of fame. Ayesha Takia has been married to the Samajwadi Party leader's son Farhan Azmi since 2009 and the couple have a son.

Ayesha Takia told mid-day, the 31-year-old Dor : "When people are in the public eye, they are questioned for their choice of words. A difference in mind-set and generation gap is the issue. There is a difference of opinion (between me and my father-in-law), which is fine. As a celebrity, I take it in my stride that I am expected to harbour an opinion even on something I didn't say."

"We communicate with each other at home and try to resolve matters. I guess this is something that happens in all homes. We have a lot of love and admiration (for each other)," she added to mid-day, the 31-year-old Dor .

Abu Azmi's comments often provoke outrage and in 2014, Ayesha Takia and Farhan Azmi publicly distanced themselves from his suggestion that women having sex should be hanged to death. Abu Azmi was quoted by mid-day as saying, "Any woman if, whether married or unmarried, goes along with a man, with or without her consent, should be hanged. Both should be hanged. It shouldn't be allowed even if a woman goes by consent." Ayesha tweeted these disclaimers soonest:

if wot im reading about my father in laws statements r true then me and Farhan are deeply embarrassed n ashamed...

We surely do nottt share this mindset...its disrespectful to women.if these statements r true then its sad.

Promoted
Listen to the latest songs, only on JioSaavn.com
Later that year, Abu Azmi also appeared to say that women who are raped should be punished, a statement which he later attempted to clarify. Some months ago, Mr Azmi criticized women for the clothes they choose to wear. "In these modern times, the more women are naked, the more fashionable, modern and educated they are considered. And this is increasing in the country. This is a blot on our culture," Mr Azmi was quoted as saying.

Ayesha Takia, who began as a child star, recently addressed rumours that she had used botox, calling photos of herself that went viral some time ago 'morphed.' She was last seen in 2013 film Aap Ke Liye Hum and is best known for roles in movies like Socha Na Tha, Cash and Dor.