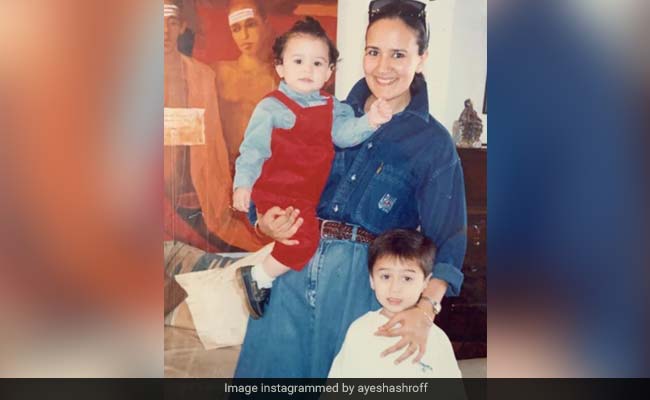 Film producer Ayesha Shroff shared a throwback picture of herself with her son Tiger Shroff and daughter Krishna Shroff on Tuesday night. Tiger Shroff's rumoured girlfriend Disha Patani, who frequently comments on Ayesha Shroff's posts, wrote "so cute" in the comments section and we couldn't agree more. The aforementioned picture happens to be from Tiger and Krishna's childhood days. Sharing the picture on Instagram, Ayesha Shroff wrote in the caption: "Me and my khazana," adding a few heart emoticons.

This is what Disha Patani commented: 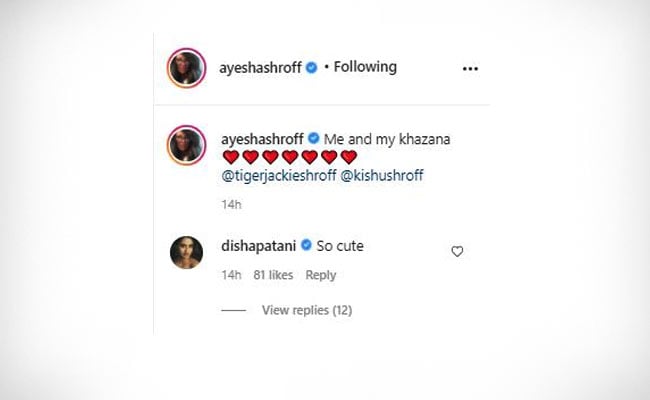 Disha Patani and Tiger Shroff shared screen space for the first time in music video Befikra. They later co-starred in the 2018 film Baaghi 2. Earlier this year, Disha featured with Tiger Shroff in the Baaghi 3 song Do You Love Me.

On Tuesday, Ayesha Shroff also shared solo throwback shots of "goonda" Tiger, and her "pudding" Krishna on her Instagram profile. Take a look:

Tiger's last release was Baaghi 3, co-starring Shraddha Kapoor. Last year, Tiger starred in War, alongside Hrithik Roshan and Vaani Kapoor, which performed exceptionally well at the box office. He also starred in the 2019 film Student Of The Year 2, co-starring Ananya Panday and Tara Sutaria. The actor's next project is Heropanti 2.

Tiger Shroff, son of Bollywood actor Jackie Shroff and film producer Ayesha Shroff, made his Bollywood debut in 2014 with the film Heropanti, co-starring Kriti Sanon. He has been a part of the Baaghi series, A Flying Jatt and Munna Michael, among others.

Krishna Shroff owns an MMA training centre named MMA Matrix, which she launched in November 2018. Krishna is a fitness enthusiast just like her brother and Bollywood actor Tiger Shroff, who has been trained in several forms of martial arts.