"May you become a super hero in real life," wrote Aayush Sharma 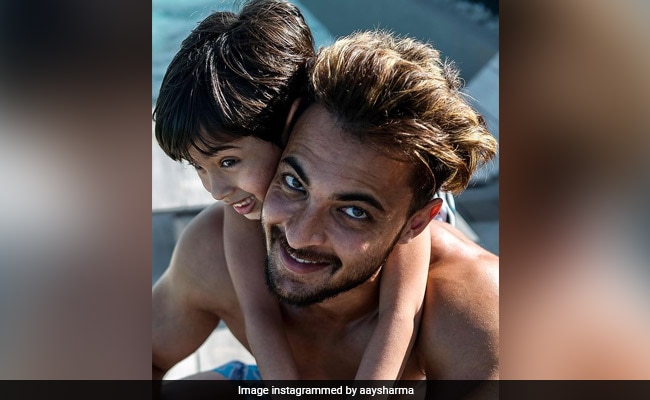 Aayush Sharma shared a super cute note on his son Ahil's 5th birthday. He posted a picture of himself along with Ahil and a few solo shots of the birthday boy. He began the note by writing: "Happy Birthday Ahil Man... You have many super powers, but the biggest power you have is to spread happiness. You're 5 years old and now you're teaching your father how to operate the latest gadget or play fortnight. May your super hero fascinations grow more this year and you become a super hero in real life." He signed off the post with these words: "Avengers are sending you a joining letter very soon. Love you - Papa (Wolverine)."

The comments section of Aayush Sharma's post was filled up with birthday greetings for Ahil. Among them was a remark from Sonakshi Sinha, who wrote: "Happy, happy birthday to baby boy Ahil." Jacqueline Fernandez commented: "Oh my God! I can't believe he's 5 already."

Aayush Sharma married Arpita Khan Sharma in Hyderabad on November 18, 2014. Besides Ahil, the couple are also parents to a daughter named Ayat, who they welcomed in December 2020.

Aayush Sharma stepped into Bollywood with the 2018 film LoveYatri, co-starring Warina Hussain, which was produced by Salman Khan. The actor will next be seen in Lalit Butani's Kwatha, which will also star Katrina Kaif's sister Isabelle. He will also star in Antim: The Final Truth, alongside brother-in-law Salman Khan.