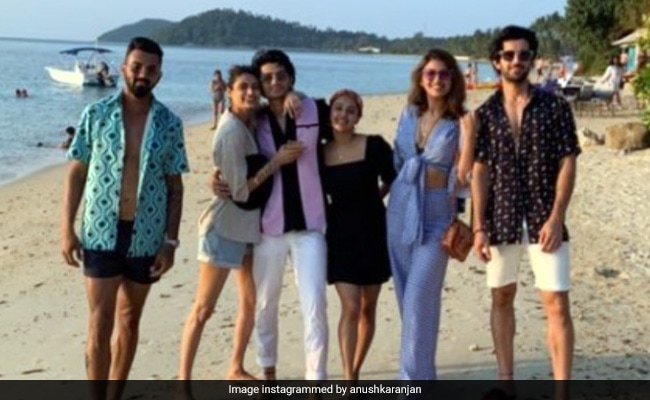 Remember when Athiya Shetty and her boyfriend, cricketer KL Rahul, celebrated the New Year in Thailand in 2019? Well, on Friendship Day, Athiya's friend and actress Anushka Ranjan shared an unseen photo of the couple from their vacation and made our day. Athiya and KL Rahul are currently in England with Anushka Sharma and Virat Kohli but more on that later. In the throwback picture from 2019, Athiya can be seen posing for the camera while hugging her friend with KL Rahul standing right next to her. She looks pretty in a white top and denim shorts and KL Rahul can be seen sporting a blue shirt and black shorts.

ICYDK, rumours of Athiya Shetty and KL Rahul's relationship began doing rounds on social media back in 2019 when their pictures from their Thailand vacation surfaced on the Internet. Rumours of their then-speculated dating life were fanned on Athiya's birthday in November when KL Rahul shared an adorable birthday wish for her.

See the throwback photo of Athiya Shetty and KL Rahul with Anushka Ranjan, her boyfriend Aditya Seal and her sister Akansha and here: 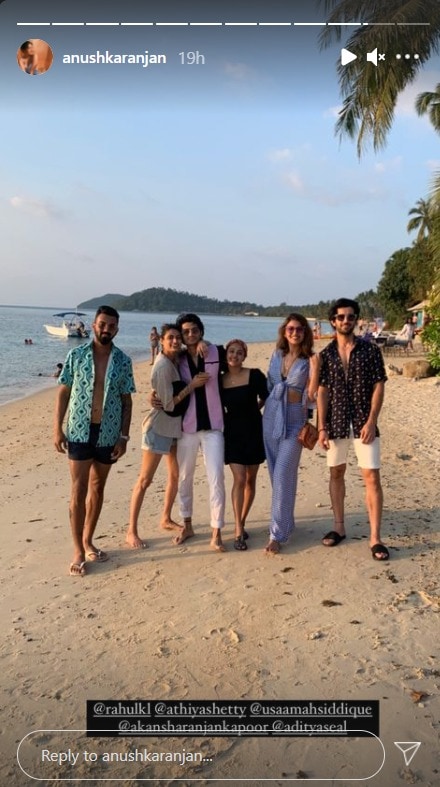 Meanwhile, check out the photos the duo shared in December 2019 from Thailand:

Team India is in England for the five-match Test Series and like the partners of many Indian cricketers, Athiya Shetty is also accompanying Rahul on his work tour. On Friday, Anushka Sharma sent the Internet into a tizzy by sharing a group photo featuring herself, Virat Kohli, their baby Vamika, Athiya Shetty, KL Rahul, Ishant Sharma and his wife Pratima Singh, Umesh Yadav and his wife Tanya Wadhwa. "Dur'Hum' Saath Saath Hai," Anushka Sharma captioned the photo.

On the same day, KL Rahul a set of pictures featuring Athiya and Anushka clicking pictures of him and Virat Kohli with others. Take a look:

Athiya Shetty is the daughter of actor Suniel Shetty and Mana Shetty. She made her Bollywood debut with 2015 film Hero, co-starring with newcomer Sooraj Pancholi. Athiya was last seen in Motichoor Chaknachoor, in which she worked with Nawazuddin Siddiqui.